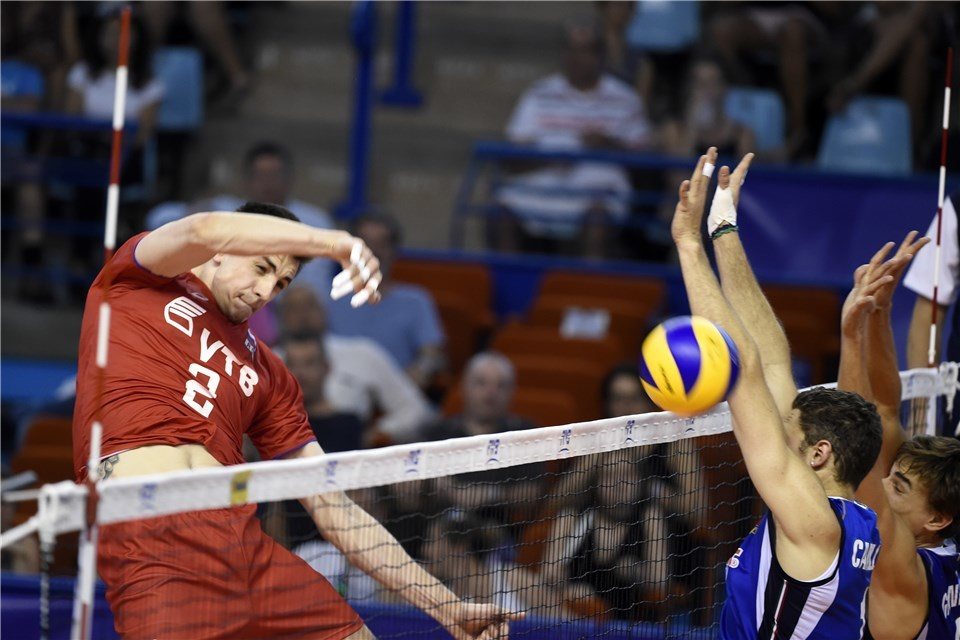 If Russia is able to beat Iran on Sunday and sneak their way back into the Final 6, the status of 21-year old star middle blocker Ilia Vlasov will be left very-much in question.

Vlasov didn’t play in the team’s 3-2 defeat of the United States on Saturday and hasn’t yet entered the game against Iran after slipping on a wet floor and injuring his ankle on Thursday.

The Russian block survived his absence on Saturday, recording 17 blocks in just 3 sets, and already have 5 midway through the second set on Sunday, but the team will need to be at full strength to survive the World League final. The team is also missing Dmitry Volkov, who suffered a ball to the head in training that sidelined him as well.

In the immediate aftermath of Vlasov’s injury, Russian head coach Sergey Shlyapnikov didn’t immediately rule him out for this weekend, so there is a chance that he will be fit to return after a week of treatment and injury. Still, for a battered Russian team, anything less than a full-strength block will be a tough hill to overcome if they are able to advance – a Sunday win versus Iran, coupled with losses by one among Canada, Belgium and Poland, would be enough to get them there.