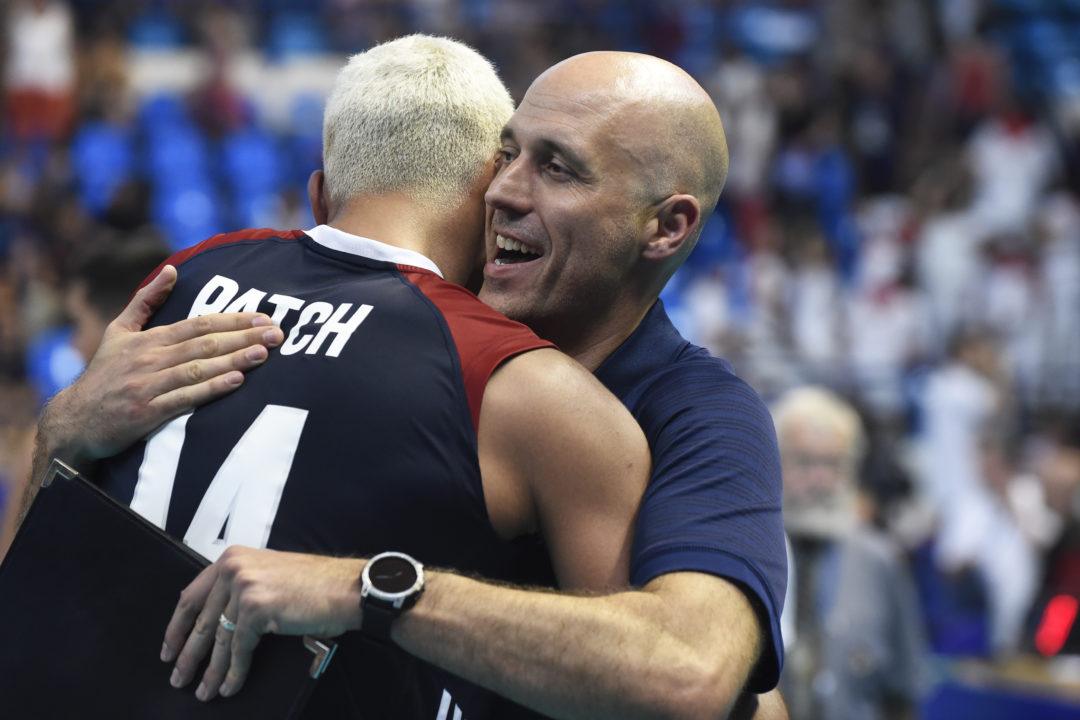 Team USA will need a 3-0 weekend against Iran, Russia, and Poland if they want to qualify for the Final 6. Current Photo via FIVB

The 3rd and final weekend of the Intercontinental round of the 2017 FIVB World League will take the top-tiered Group 1 to 3 new countries and a new continent. The tournament moves closer to Curitaba both literally and figuratively with group G1 in Cordoba, Argentina. Pool H1 will be played jointly in Katowice and Lodz, Poland, while group leaders France will head to Antwerp, Belgium to finish their preliminary run.

Pool G1 will be played in Cordoba, Argentina, about 1200 miles southwest of Curitaba, Brazil, where the Final 6 will be played for Group 1 in early July. The pool features 2 of the top 3 teams so far in the group, Serbia and Brazil, as well as 3-3 Bulgaria. The host team, Argentina, will be the underdogs in all three matches of the weekend, which bodes well for Serbia. If Serbia can win against Argentina (or any other team in the pool), they will have sealed their spot in the Final 6.

With Brazil already going to the Final 6, that means that Bulgaria is really the only team in this group that provides any intrigue. The simple route for Bulgaria into the final is to win more games than both Iran and the United States and Russia in pool H1. The problem is that with all 3 of those teams in the same pool, one of them will probably take at least 2 wins. That means that Bulgaria would be looking for a clean sweep of the defending Olympic champions Brazil and the defending World League champions Serbia – not an easy task.

Bulgaria, who currently sit 6th in the table, are in some regard at the mercy of their rivals – in that their wins can help themselves, but can’t hurt other teams with whom they’re vying for spots in the Final 6. Iran, Russia and the United States have the opportunity to beat the other to both lift their own boat, and sink the others’. The same goes for Canada and Belgium in Pool I1. The Bulgarians, even though they currently rank 6th, are not in a good spot.

Pool H1 could be the wildest group, as it features the 5th, 8th, 9th, and 10th ranked teams in the current Group 1 standings. None of the 4 teams are mathematically eliminated from the Final 6 yet, and yet with the exception of Poland are facing an uphill battle to earn their spot in Brazil.

The United States vs. Iran match that opens the group is the one to circle. Whichever one of those teams can earn 6 points, Given the United States’ win over Russia last weekend, they’ll hope to pick up 3 more points there. If they can beat Iran and Poland, they might still sneak into the Final 6 after an abysmal 0-3 start. But, it will almost assuredly take a 3-0 weekend for the Americans to get there.

Iran, with 3 wins already to their name, have a little less pressure – beating the United States 3-0 or 3-1 would mean that if they grabbed either a win or a 3-2 loss to Poland, they could then play Russia for a spot in the Final 6. Even if they don’t pick up any points against Poland, Iran still has a chance at qualifying if they can get to 5 wins (even though their point tally would be low).

Pool I1 will feature Group 1 leaders France, the first team to qualify through to the Final 6, and while their position in Curitaba is secured, this will still be a crucial weekend for Les Bleus. That’s because all-world outside hitter Earvin Ngapeth is expected to return to the team, and France will have to figure out how to integrate him into the side without disrupting the chemistry developed with Stephen Boyer leading Group 1 in scoring over the first two weeks.

With Italy playing primarily for pride, the qualifying focus will be on Canada and Belgium. The two teams currently rank 7th and 4th, respectively, with the same number of wins – Belgium has 1 more point than the Canadians.

Either team would probably secure their spot with 6 more points – especially if 3 of those came via win over the other team. There is opportunity for both teams to play there way in too – Italy has been very beatable (they’re 1-5), and France has other motivations besides winning this week. There’s a chance that both teams pick up 6 points (or more) this week, which probably gets both teams in.