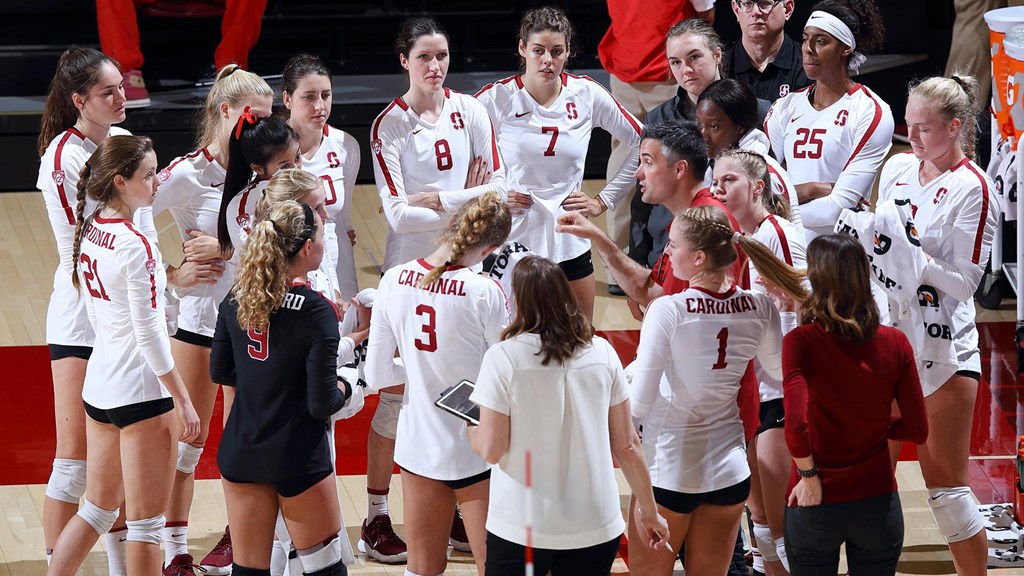 Stanford and Penn State continued their reign as the only two schools who have made all 38 NCAA fields, while six teams will make their NCAA Division I tournament debuts.  Current Photo via Stanford Athletics

Here’s a snapshot look at the 2018 NCAA Tournament field, starting with the overall top four seeds, followed by the remaining teams by 16-team region.

Stanford (28-1, 20-0 Pac-12) was a lock as the No. 1 overall seed, especially after a loss by both BYU and Minnesota on Week 14. The Cardinal went 20-0 en route to the Pac-12 title, in a league which got eight teams into the field. Stanford, which filled the No. 2 position in the national polls behind BYU for much of the season, brings a 26-match win streak into NCAAs.

Minnesota and Illinois were also pretty much givens due to their respective records and RPI. Minnesota (25-3, 19-1 Big Ten), which won the Big Ten title at 19-1 and suffered its first league loss on Friday against Penn State, was ranked No. 2 in RPI.

Illinois (28-3, 17-3 Big Ten) finished second behind the Golden Gophers and ranked fourth in the most recent RPI.

The fourth team was up for debate for many between BYU, which lost to unranked Loyola Marymount on Tuesday, and Texas, which won the Big 12 title.

The top four seeds will host through the regional rounds as long as they continue to win. And in the case of No. 2 Minnesota, which is playing host to the national finals in Minneapolis, potentially all the way to the title match.

Stanford and Penn State continued their reign as the only two schools who have made all 38 NCAA fields. Stanford was selected as the No. 1 overall seed, while Penn State was tabbed as the No. 8 seed.

Each is seeking its record eighth national title. Seven other previous champions are among the field.

According to the NCAA selection committee, the final four teams out were Kansas, Kansas State, Princeton and Maryland.

Kansas was No. 36 in RPI and finished fifth in the Big 12, but dropped each of its last five matches. The Jayhawks also lost to Loyola Marymount earlier in the year.

Princeton was 49 in RPI, while Kansas State and Maryland checked in at 52 and 53 respectively. 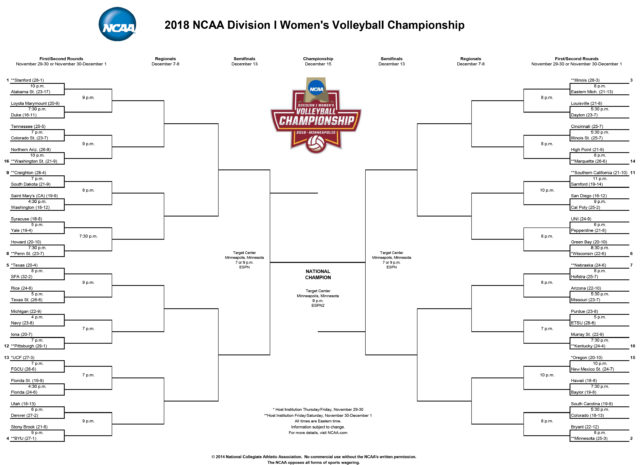 What happened to your podcast?