My Journey to the Beach: Ivy Reynolds 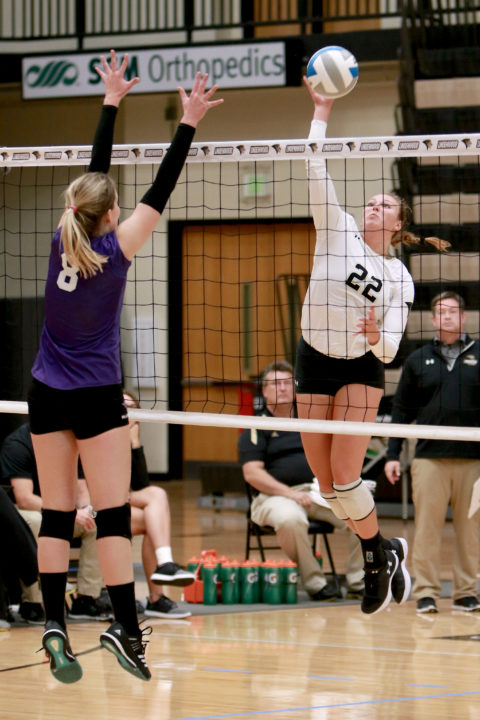 In her first My Journey to the Beach entry, Missouri State's Ivy Reynolds shares how her varied career and perseverance led her to her new home, how she embraces the jack of all trades role and faces the challenges the beach brings.  Current Photo via Lindenwood Athletics

Throughout the 2018 beach season, Missouri State’s Ivy Reynolds and a few other fifth-year players heading from the gym to the beach will walk through their transitions to the beach game in VolleyMob’s My Journey to the Beach series.

In her first My Journey to the Beach entry, Reynolds shares how her varied career and perseverance led her to her new home, how she embraces the jack of all trades role and faces the challenges the beach brings.

If I had only a phrase to describe myself as a volleyball player, I’d fall on the quote: “A jack of all trades is a master of none.”  It’s a little harsh, but it was this simple truth that made my journey to beach possible.

As a three-sport athlete in high school, I came to accept the utility role effortlessly. Volleyball season in the fall, basketball right on its heels and club volleyball crying for attention starting in December through April, but often picked second behind track in the spring.  Summers were the one time of the year I could nearly balance them all perfectly.  I could satisfy all coaches and training by completing Fit for Life workouts every morning throughout June. By the time July hit, volleyball and basketball leagues and camps usually worked in unison so I could attend both without an issue.  I was really in my element, being “a jack of all trades” and overall athleticism was getting me further than having the best skills.

It wasn’t until the summer before my junior year that I really felt the “master of none” part hit a little harder.  I went to Des Moines, Iowa, for the USA Volleyball High Performance camp.  It was my second time with the program as a setter.  However, I was playing middle for my varsity team and had played opposite for my club team that year, so my hands were a bit rusty.  On the way home, my parents and I stopped for an unofficial visit at the University of Iowa to talk to their coaching staff and check out the facilities.  I definitely was not prepared for a college visit, and was certainly not ready for my first one to be that caliber of a program.  It didn’t go well and I left feeling like I really didn’t have a solid position for colleges to recruit me.  I loved setting, but outside of individual camps, I wasn’t getting adequate reps in that position.  I loved playing middle for my high school team, but I knew I was too small to pursue that at a higher level.  Throughout the year, I made visits to Drury University, Arkansas State and Southern Illinois University-Edwardsville, but was left with a wishy-washy position future. By the end of junior year, “master of none” was hitting harder than ever.

Going into senior year with no verbal commitment, I started to think of Plan B options.  I entertained the idea of giving up on college volleyball.  I had made a visit to Kansas University for their rowing program and felt the offer on the table might be worth the risk.  With little faith, I made one final volleyball visit to Lindenwood University – the place I would eventually call home the next three and half years.  It was a perfect match.  They wanted my “jack of all trades” and expressed a willingness to mold me into a pin hitter.  A few days before Christmas of 2013, I verbally committed to be a Lion.

As it turns out, they needed me (or specifically, my multiple trades) more than they originally thought.  A last-minute roster change forced me into summer school and setter training in July.  An upperclassman injury put me captaining a 5-1 in my first ever collegiate conference matches.  I finished out my rookie year playing every match, either as part of a 6-2 or playing right back and opposite.  The following year, after a coaching change, I was pushed into a middle-back DS role that hardly saw the floor.  And by junior year I had shifted over to regularly playing left back for one of our outsides.  After three years of playing every position besides the one that got me a First Team All-State plaque in high school, I was feeling pretty unsatisfied with my utility role.  But, one more coaching change breathed life back into my trades.  After many meetings and a few tears of frustration, I brought my hands (or “bricks” as my teammates like to call them due to my unorthodox style of setting) back out for one more season.  We ran a 6-2 and I relished in the opportunity to hit again.  After three years of subpar seasons, my fellow seniors and I left the legacy of being the first team to reach 20 wins since Lindenwood joined Division II play in 2012.

As the end of season crept in, and graduation along with it, my coach approached me with an interesting proposal from Missouri State University – a school that was just miles from my hometown.  Coach Terri Del Conte was looking for seniors interested in taking a fifth year to play beach volleyball for the Bears.  I had been avidly against graduate school since I started college, but with no real leads towards starting a career, I swallowed a little pride and looked into Missouri State’s master’s programs.  They had some options I was willing to invest in, so I emailed Terri.  Three weeks, two phone calls, and one graduation ceremony later, I made the trip to Springfield, Missouri. The next day, I verbally committed to being a Bear.

Transitioning to beach is no small task.  The sand is relentless.  It has a supernatural pact with gravity that works non-stop to keep you on the ground, and slow your hustle down.  The court is smaller than indoor, but it feels like a vast wasteland when you commit to angle, only to watch helplessly as the hitter lobs the ball deep line.  The weather is finicky and not exactly suitable for a beach program in the Midwest.  You rake snow off the sand, pull icicles off the net, and aim your serve out of bounds so the wind will bring it back in play.  With indoor, you have multiple cards to play in any given situation.  On the beach, it’s luck of the draw, and the only card with any advantage is the jack of all trades.

The truth is, since it’s earliest written reference in the 16th century, that phrase has been shortened to fit the needs of its user.  In volleyball life thus far, I would fall on the abbreviated version to describe myself as a player.  But thanks to beach, my career continues, just like the full quote: “A jack of all trades is a master of none, but oftentimes better than a master of one.”

Catch up on My Journey to the Beach: