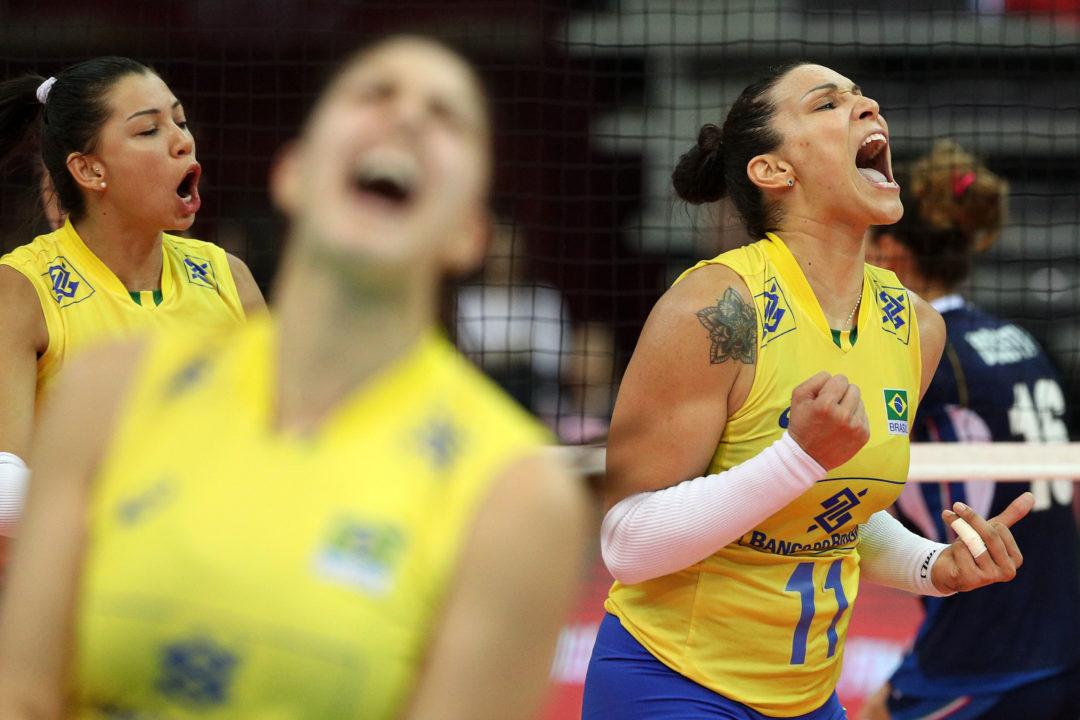 The Brazilian women's national team made history at the FIVB World Grand Prix this year, as they won their 12th gold medal, while also becoming the team with the most medals in the history of the event with 19.  Current Photo via FIVB

Over the past five years, Brazil has taken four gold medals in the event, as it has been dominated by Team USA and the South American squad since 2007 when neither team placed in the top three. That year, the Netherlands took first place over China with Italy coming in third.

The victory did not come without some trouble as they faced a strong Italian squad that took them to five sets. The Brazilians came out on top 3-2, (26-24, 17-25, 25-22, 22-25, 15-8). Leading the Brazilian charge was Tandara Caixeta and Natalia Pereira in the finals, each posting 22 points, along with stepping up in crucial moments during the competition. This year, Pereira earned her second World Grand Prix MVP honor in a row, after helping Brazil to the victory in 2016 over Team USA in Thailand.

Team USA comes in second in gold medal with, as they have six in their 23 appearances, overall, they have nine medals. Russia falls in second behind the Brazilians with 12 medals in the World Grand Prix, including three gold, five silver and four bronze.