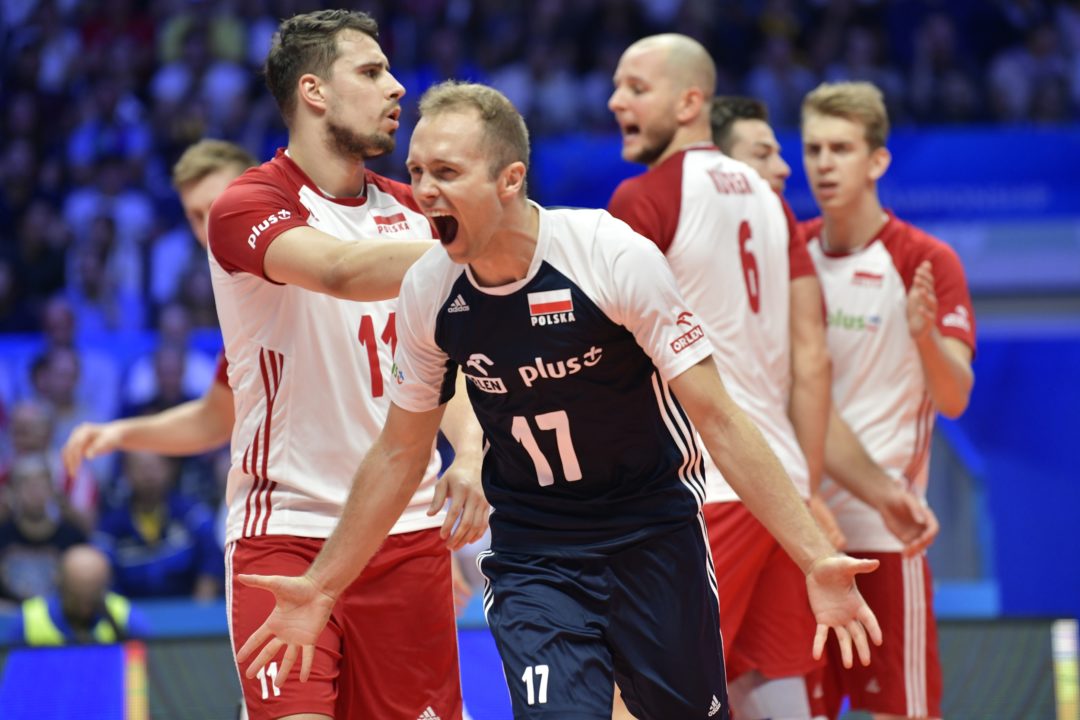 We said before the semi-final to throw out the previous Poland vs. USA matches, because they were without Michal Kubiak. Poland proved that true when they won a nail-biter 5 setter over the USA to advance to their 2nd-straight final.

Meanwhile, Brazil settled in, with Bruno at setter, and handled Serbia in a 3-0 sweep.

So, what happens in the final? The pressure feels like it’s on Brazil, the Olympic Champions, over Poland, the defending World Champions. Poland was all about ‘next year,’ when Wilfredo Leon became eligible. They set up their excuses early in the tournament, about food, about hotels, about transportation; but for the most part have continued to win when they needed to. They seem to have sort of accidentally taken the pressure off themselves.

And now they’re firing on all cylinders, with Bartosz Kurek scoring 29 and Michal Kubiak scoring 22 against the Americans.

While Brazil looked as good as they have in this tournament in an efficient win over Serbia, something still feels off for them. Wallace only had 9 points in the match, and didn’t score in the closing set. Serbia, in spite of being swept, still hit 52% as a team. In the pair’s last match, Poland actually out-blocked Brazil 13-2, in spite of the Brazil win.

It feels like Poland has all of the momentum. That can go one of two ways: they can get caught by it, and have a letdown against Brazil; or they can ride it to a victory.

Brazil’s made it thus far, but feels like they’re teetering – if one team figures out how to expose their weakness, it seems like they might break. Polish coach Vital Heynen is one of the smartest in the world. I think he’s going to be the one to break the armor, and give Poland an unlikely 2nd-straight World Championship.

This match could come down to which team is willing to care more about the bronze medal – which team is able to better put aside, on 24 hours recovery, their visions of standing atop the podium. Both teams are veteran sides. Both teams have big names. Serbia, the 2016 Nations League champions, have found different ways to win and a full world-class starting 7 in the last few years. The Americans have struck their best lineup at the outside, but are still working the kinks out in the middle (Max Holt sat out a set-plus of the semi-final loss to Poland).

In a match with the potential for a letdown, we always tend to trust hitters more than defense, and the American hitters right now are playing as well as anybody’s in the world.

We give the Americans the edge in their first World Championship medal match since 1994 (bronze).

How is it possible that the game was not broadcast on any TV channel? Don’t Americans want to see their amazing team in the World Championships?

Here is count money only not Sports.
Sport is a business only

The FIVB chooses the rights holder in each country and did not consult USA Volleyball for either the VNL or World Championships. They did not go with an American television provider, instead internet streaming.