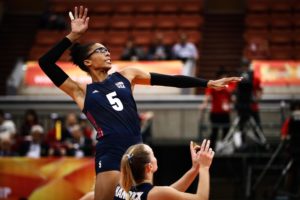 In spite of big play from their middles, including Rachael Adams, all week long, the Americans didn’t have enough to advance to the semi-finals of the World Championships. 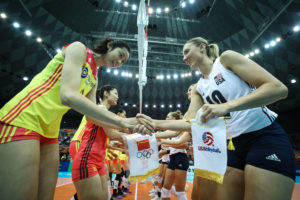 The Americans and the Chinese will meet for the 4th time this summer. The Chinese have won 2 of those matches.

The Dutch women not only locked up a spot with a 3-0 sweep of Serbia, but won their group on Thursday.

Italy was the only undefeated team remaining at the Women’s Volleyball World Championships after Wednesday’s matches.

Kelsey Robinson is settling in nicely to her new role as the American libero.