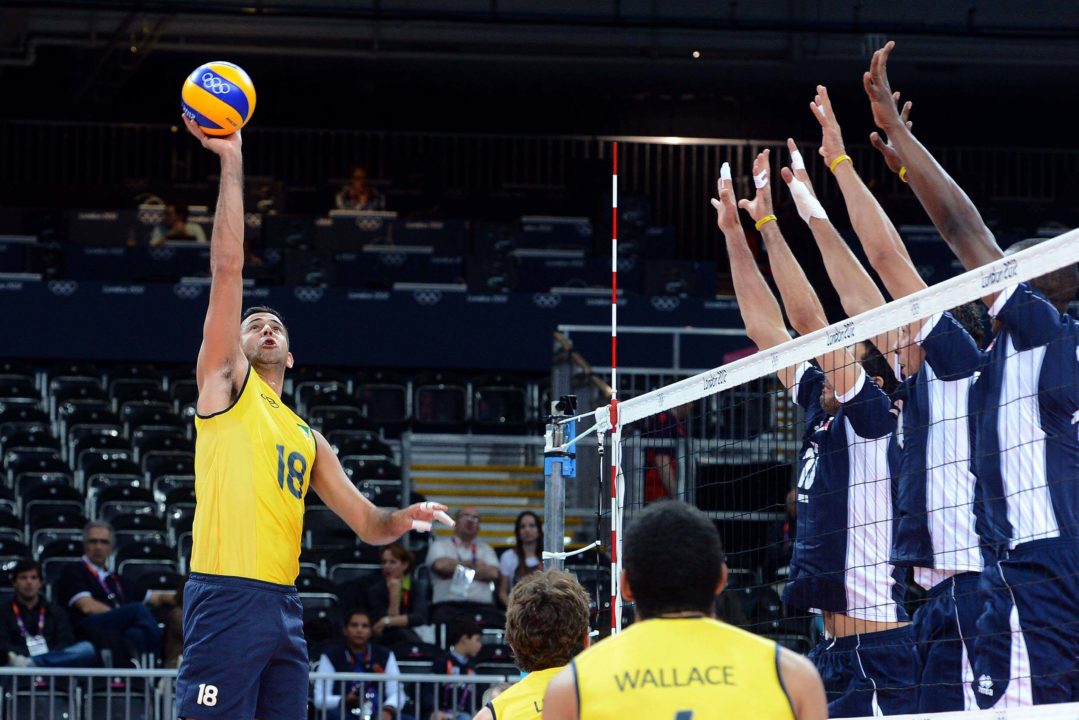 One of the last remnants from Brazil’s 2004 Olympic gold medal campaign, Dante Amaral has called a press meeting to announce his retirement at the end of the season. The current Taubaté player has said that now at 37 years old, his body was asking him to take this route. He spoke to the media about his decision, the best moments of his career, and how he will focus on his social projects upon retirement (Globo.com):

“That is one thing in life you can chose: how you will end your career. You have the particular right. At the same time that your head says “go”, the body does not respond as you think. My whole life, I thought about ending my career playing volleyball at the level that I can play, not struggling. I want to leave a good image to my fans and for those who follow volleyball.

The peak of an athlete is to be an Olympic champion. Silver and bronze are also great, but gold is the highest level you can get. We were also three times world champion, something historical. And for all the clubs I’ve been in, I’ve won titles. I’m proud of that. As for this season’s Superliga title, I have asked my teammates jokingly that it is their duty to give me this gift. I feel very honored, because they have united and said they will do everything to win.

As for retirement, I will now have time to focus on my social projects. I want to be able to watch them closely. Tese are projects for children under the age of 16. I’ve organized them because it’s a way of contributing to everything I’ve experienced. To be able to participate, children will need to be enrolled in schools and with good grades. This will be our emphasis: to help create good citizens.”