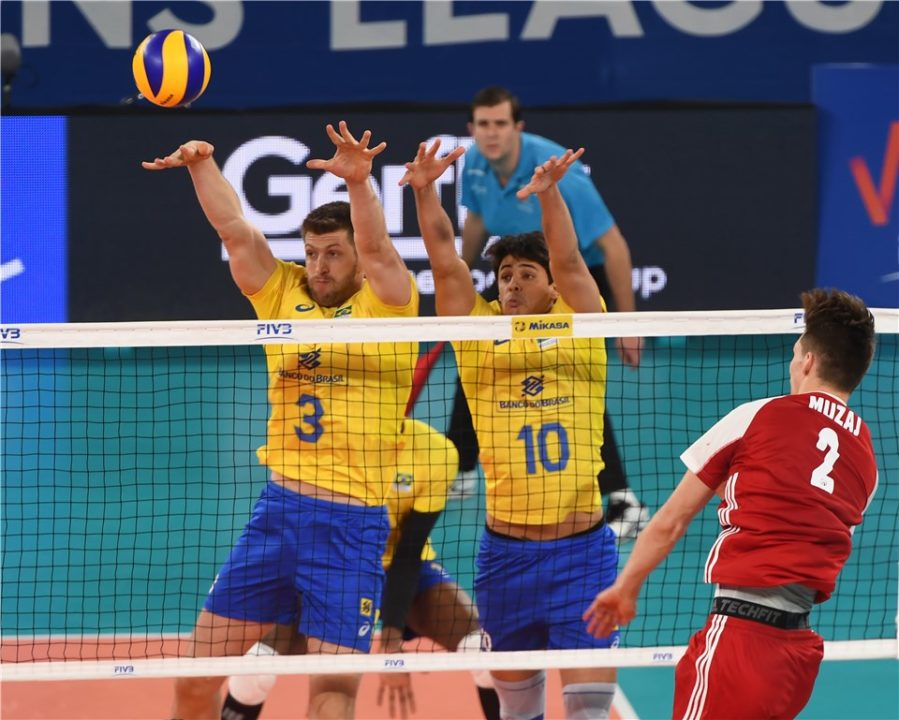 Five of the six spots in the Final Six are booked as Brazil and Serbia claimed their tickets to France with wins on Saturday. Current Photo via FIVB

Five of the six spots in the Final Six are booked as Brazil and Serbia claimed their tickets to France with wins on Saturday.

Brazil bested Poland in four sets, leaving the Poles in a precarious position in sixth place with Italy nipping at their heels.

Russia took advantage of a youthful United States squad and grabbed a sweep to move atop the standings.

France, which was guaranteed a spot in the finals as the host nation, finally lost its stranglehold atop the standings, falling 3-0 to Italy, which is playing for its tournament life. The French and Russians are both 11-3 now, but Russia boasts the advantage in point tally 34-32.

The results set the table for a flurry of activity on Sunday. Poland has the first crack at the Final Six and needs a win of any kind against host Australia to claim the final spot with a 10-5 record, a win total Italy cannot attain. Poland and Australia face off at 1:10 a.m. ET.

Due to the time difference, Italy will know well in advance if it is blocked out by Poland or still has a shot when it faces the United States at 2:30 p.m. ET. The Italians currently stand at 8-6 (24 points), one win and just two points behind Poland. A Polish loss opens the door for Italy to sneak into the Final Six.

Here’s a look at what happened on Saturday.