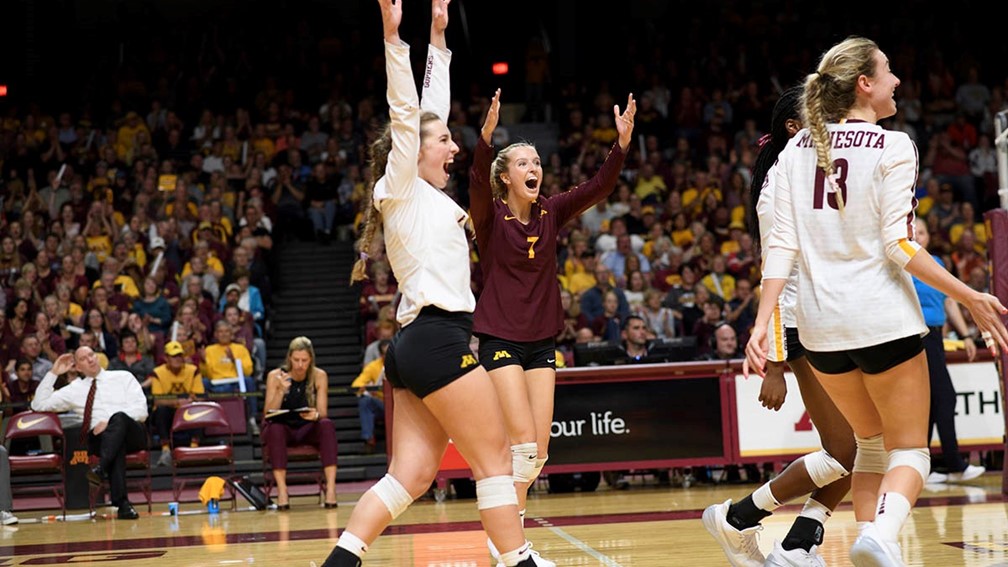 Minnesota had a big week to jump back into the top five in the latest VolleyMob Top 25 Power Rankings. Archive Photo via Minnesota Athletics

Week six brought the second week of conference play in which we now get a bit more of an idea about races in league play. It also brings about upsets and chaos in some of the top leagues with constant high-level matches. That created a mess in the teens area of the rankings, but at the top we keep consistency with BYU at number one.