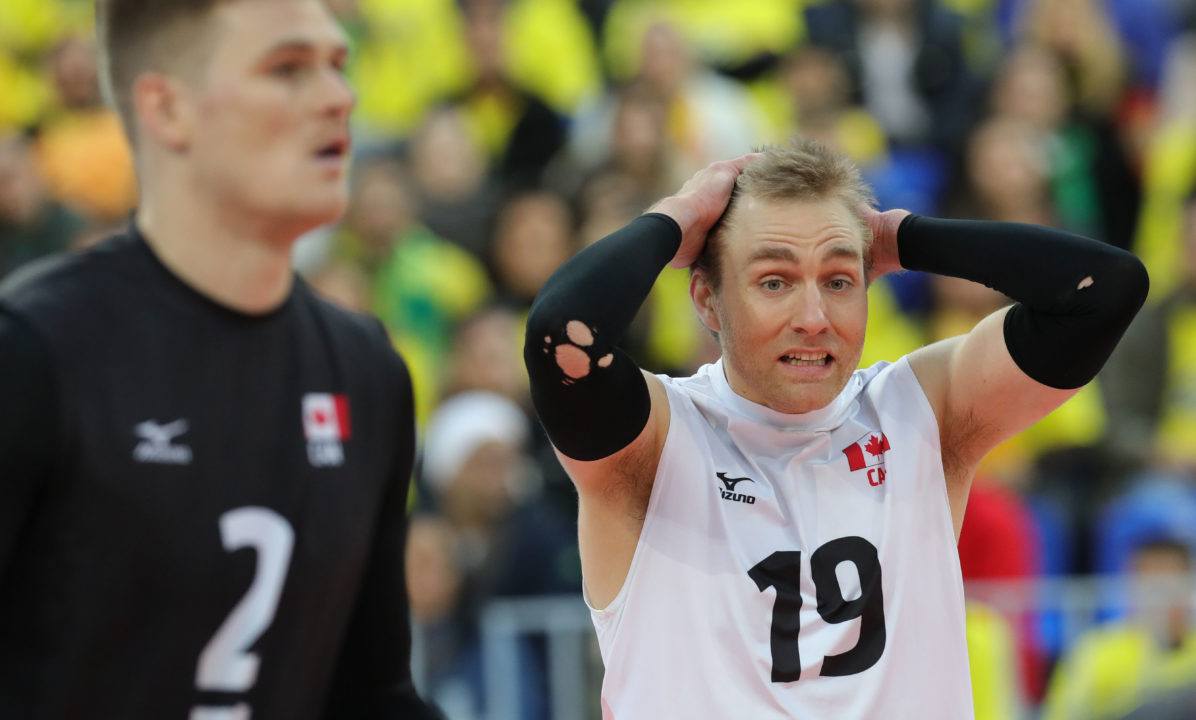 It’s only day 2 of the 2017 FIVB World League Final 6, and already there are two possible elimination games on tap.

In the early game, from Pool J1, Russia will start their World League quest, while Canada will have to figure out how to straighten-up their sloppy passing from Tuesday’s loss. If Canada were to lose, then their tournament would be over. At that point, both Russia and Canada would advance regardless of Thursday’s outcome. If Canada wins by a 3-2 margin, then they’ll have to wait for the outcome of the Brazil-Russia game on Thursday to know if they advance to the 4-team knockout round – Russia would then only need any win over Brazil to advance.

Nothing else would be guaranteed with a win, either, but if Canada takes a 3-0 victory over Russia, then they will assure their advancement to the next round regardless of the outcome of the Brazil-Russia match. A 3-1 win for Canada would mean that Russia could take the 2nd spot with either an emphatic 3-1 win over Brazil, or with a 3-0 win over Brazil. Neither scenario is very likely with Brazil having home crowd.

Canada is the healthier of the two teams heading into Thursday afternoon’s game. Russia played with a short bench throughout most of the Pool rounds, and took another blow when Ilia Vlasov hurt his ankle in the 3rd weekend of play. Vlasov isn’t on their roster for the final, though Russia had three of their better performances of the tournament in a 3-0 week 3 without him.

Canada will have the benefit of a warmup game in the literal chill in the Arena da Baixada (50 degree temperatures inside for Wednesday’s games), but also the drag of fatigue from playing the second-half of a back-to-back. They will need to find a way to get star setter Tyler Sanders the ball more effectively if they want to pull off the win against Russia and keep their hopes of advancement alive.

Watch the full Live Stream of the match below: