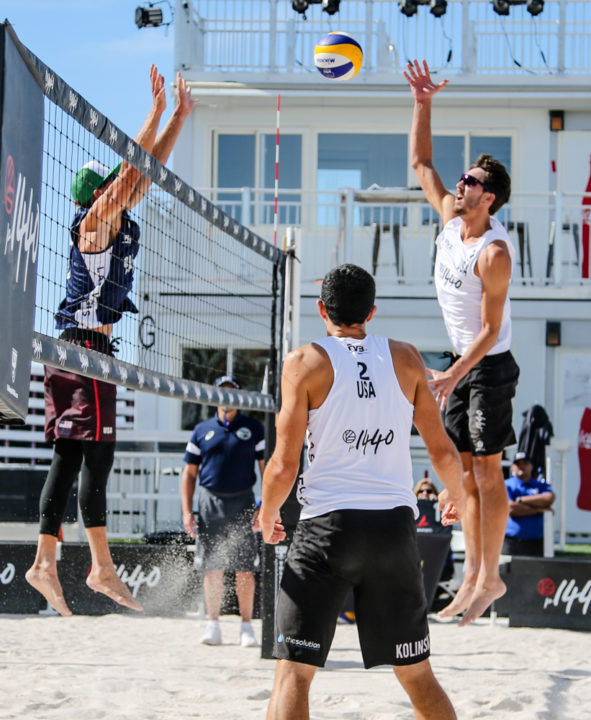 Olympic ranking points for Tokyo 2020 are on the line as an international field of competitors convenes for the Las Vegas Open co-sponsored by p1440 and the FIVB this week.

A single country quota match between two Brazilian women’s pairs kicked off the action on Monday and qualifying action took place on Wednesday with eight men’s and eight women’s teams earning a spot in the 32-team main draw.