WATCH All of the Group 1, Day 2 Videos from the FIVB World Grand Prix 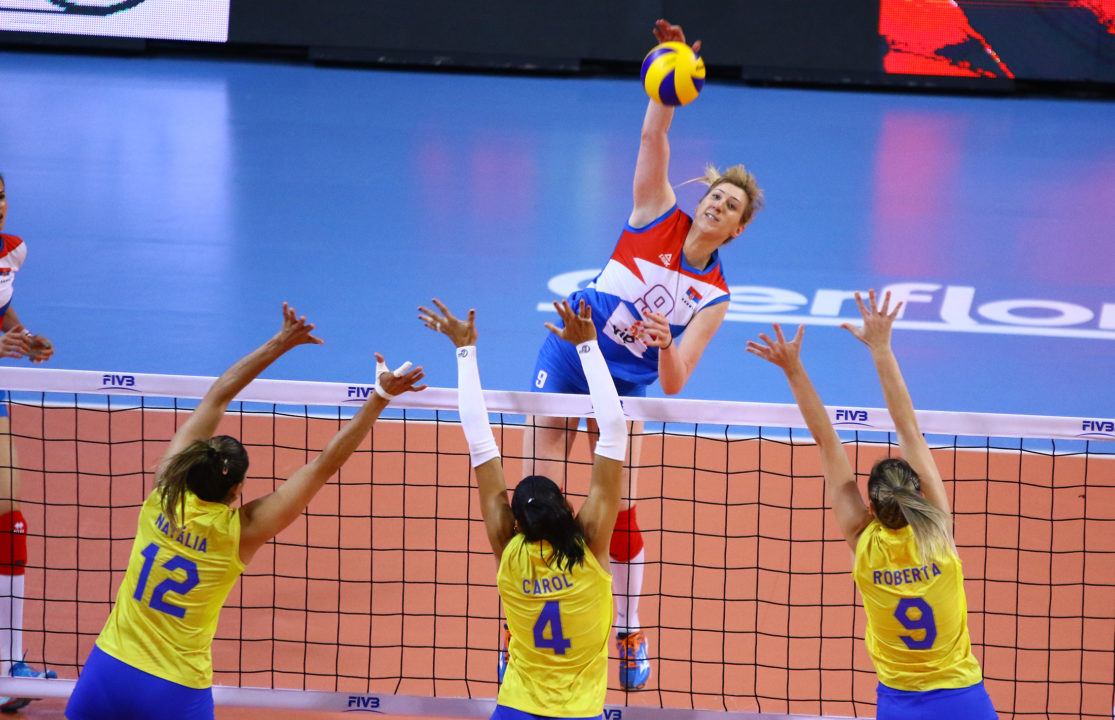 Serbia's Brankica Mihajlovic has led her team to the top of the table after 2 days of competition. Current Photo via FIVB

In the biggest match on the 2nd day of competition in the 2017 FIVB Grand Prix, the defending Olympic silver medalists from Brazil rocked the defending Grand Prix champions 3-0 in Ankara. Brazil didn’t score more than 20 points in any of the 3 sets in spite of landing a respectable 41% of their shots.

The early results have Serbia as the new favorites in the tournament, and that’s validated by their spot at the top of the table thus far.

Not far behind them is the Netherlands, who like Serbia have a pair of 3-0 sweeps on their record so far, adding a win over Thailand to their victory against the Dominican Republic on Friday. They’ll be heavy favorites to win again against Japan on Sunday.

A few negative trends are also developing. China has played their superstar Zhu Ting sparingly, with officials citing general fatigue from a long season of playing after a long Olympic summer last year. In both of their matches so far, China has brought in Zhu late with their backs against the wall, and she’s bailed them out. On Saturday, that came in the form of 12 points in just a set-and-a-half played.

China used all 14 players in their 3-2 win over Russia. That win also exposed a distraught trend for Russia. On two consecutive days, they’ve held 2-1 leads only to get beat in 5. That happened on Friday against the United States and again on Saturday against China. While those are two of the best teams in the world, neither is at anything near full-strength this week: The U.S. has just 2 Olympians on their roster, while China has slow-played Zhu.

Both teams should still be on track for the Final 6, but both are in danger of given away that fate if they can’t reverse those outcomes.