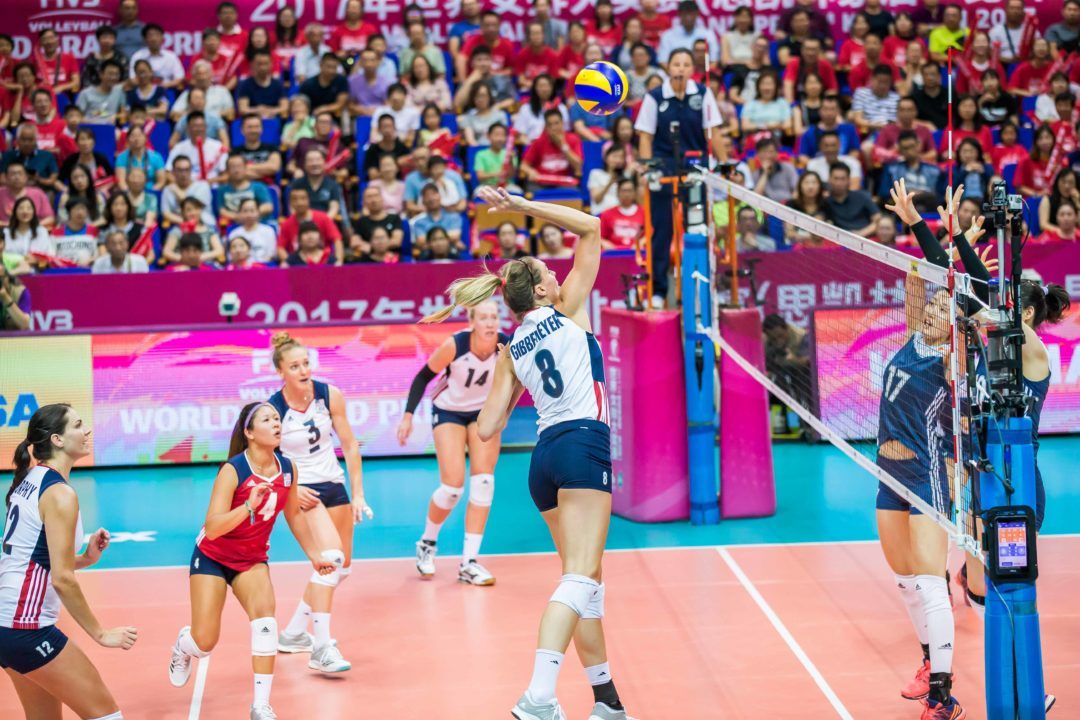 Serbia and the United States have risen to the top of the standings at the 2017 FIVB World Grand Prix Group 1.

Serbia has gotten there with a perfect 9-0 set run through the first weekend of action in Ankara. On average, they’ve given up just over 18 points per set, with no single opponent scoring more than 20.

Two of those matches were expected to be comfortable for the Serbians. Belgium and Turkey have a combined 1 Olympic appearance and just 5 World Championship appearance in their histories. The other was a dominant 3-0 performance against Brazil, albeit not a full-strength Brazilian squad, on Saturday.

The Americans’ journey has been more impressive in terms of opponent quality, though they’ve given up a few sets. They beat Russia 3-2 to open, swept Italy, and most impressively swept the defending Olympic champions from China 3-0. That’s been done with a squad that has only 2 of their Olympians on it, and is closer to a college all-star team than what American fans would recognize as the National Team.

That China win, though, must be taken with a grain of salt – as the Olympic MVP Zhu Ting didn’t play at all. She’s come in late to each of China’s first two matches and been dominant, lifting them to wins in both. There was no late heroics from Zhu on Sunday, though. Keep in mind that as the hosts of the Final 6, China doesn’t need to win anything – they get a free pass through to the last round.

The biggest surprise on Sunday was the Dutch, 4th at last year’s Olympics, being upset by Japan. In normal circumstances, that should be a very close and competitive match (and it was, Japan won 3-2), but Japan hasn’t played well this week, and the ‘transitive property of sports’ indicated a Dutch win was coming. The Dutch swept the Dominican earlier in the week, and the Dominican beat Japan 3-1 on Saturday; the Dutch also swept Thailand, while Thailand push Japan to 5 sets.

But after Sarina Koga played just 1 set in the Japan loss to the Dominican, she returned to action on Sunday with 22 points, and that made the difference for Japan.

Remember that, besides interim prizes awarded for pool wins and match results, the big prizes come to those who advance to the Final 6. All teams’ records, regardless of pool, are put into one big table that determines who will advance.