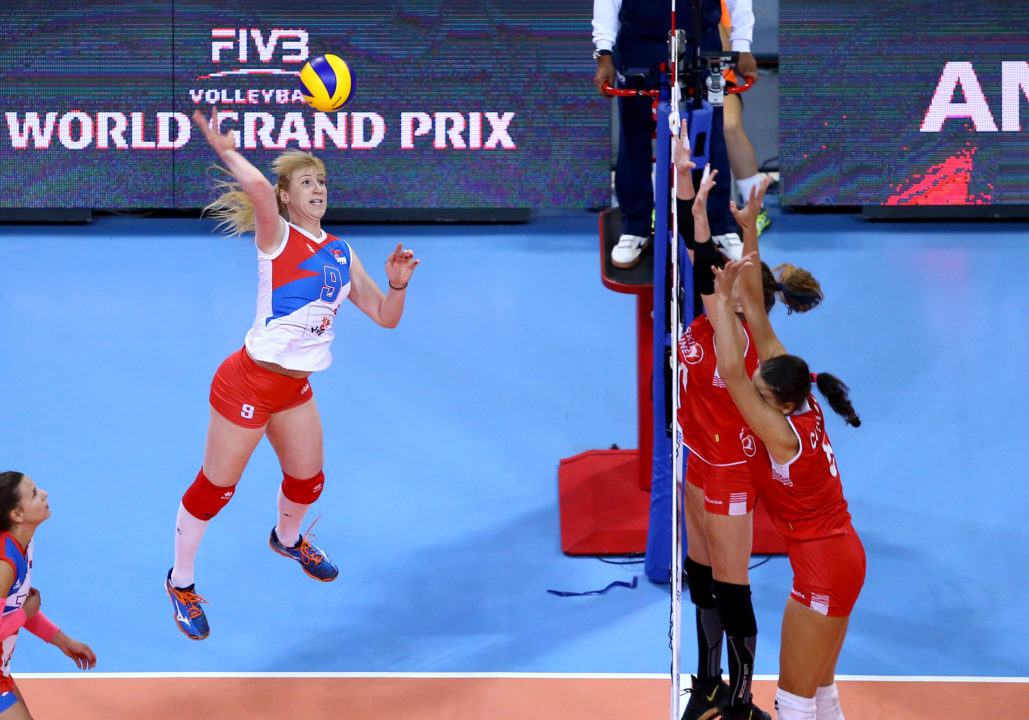 Two teams clinched their spots into the World League Final 6 on Friday. The United States with a 3-1 win over Belgium and Serbia with a 3-0 sweep of Russia earned their 6th win and, thanks to having at least 18 points to their name, became uncatchable by the Dominican Republic and Japan.

The biggest story is in Pool I1, where the Netherlands, who looked so good through two weeks of play, have now lost back-to-back matches to the United States and Brazil. The latest came when Rosamaria scored 18 on Friday to lead the Brazilians past the Dutch and pull themselves all the way to 4th position with 1 game to play. That actually makes them dead-even with the Netherlands in both win-loss record and points, and now both Brazil and the Netherlands can secure their spot in the Final 6 with wins over the United States and Belgium, respectively, on Sunday (Pool I1 doesn’t play on Saturday).

Meanwhile Italy continued to roll behind Paola Egonu, who picked up another 23 points in 4 sets. She is the tournament’s leading scorer – 12 points clear of the Netherlands’ Celese Plak as the most in the tournament.

Italy has also now set themselves within one win of advancement to the Final 6 – leaving a scenario where the entire Final 6 could be finalized on Saturday, with Sundays matches left only for seeding. That’s because Italy plays the 7th-place team from the Dominican on Saturday. If Italy beats the Dominican in that match (by any score), not only would they lock up their own spot in the Final 6, but they would ensure that the Dominican couldn’t catch the Dutch or Brazilians, regardless of what happens on Sunday.