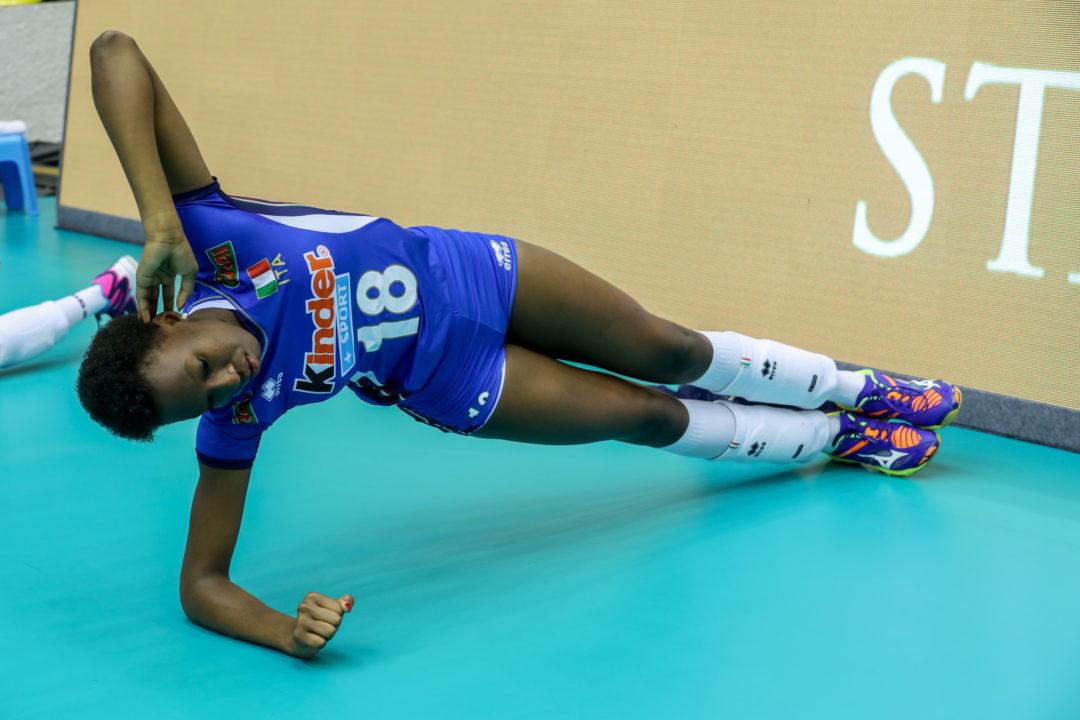 31 points from Paola Ogechi Egonu of Italy handed Team USA their first loss of the tournament. Archive Photo via FIVB

The defending Grand Prix champions from Brazil continued to struggle on day 2 of the 2017 FIVB World Grand Prix with a 3-0 loss to Thailand – the first time Thailand has ever beaten Brazil in this tournament – in Japan on Saturday. In spite of the loss, Brazil remained 4th in the table and in a position that would put them safe, though 3 of the team’s remaining 4 matches in pool play are against elite teams that could give the Brazilians challenges.

Saturday’s slip-up came in spite of looking like they were coming together when they beat Group 1 leaders Serbia 3-0 on Friday. Serbia came back for a 3-0 win of their own on Saturday over Japan.

The Americans picked up their first loss of the tournament, dropping a 5-setter to Italy in spite of being up 2-1 early. They will play their 2nd match with Olympic gold medalists China on Sunday.