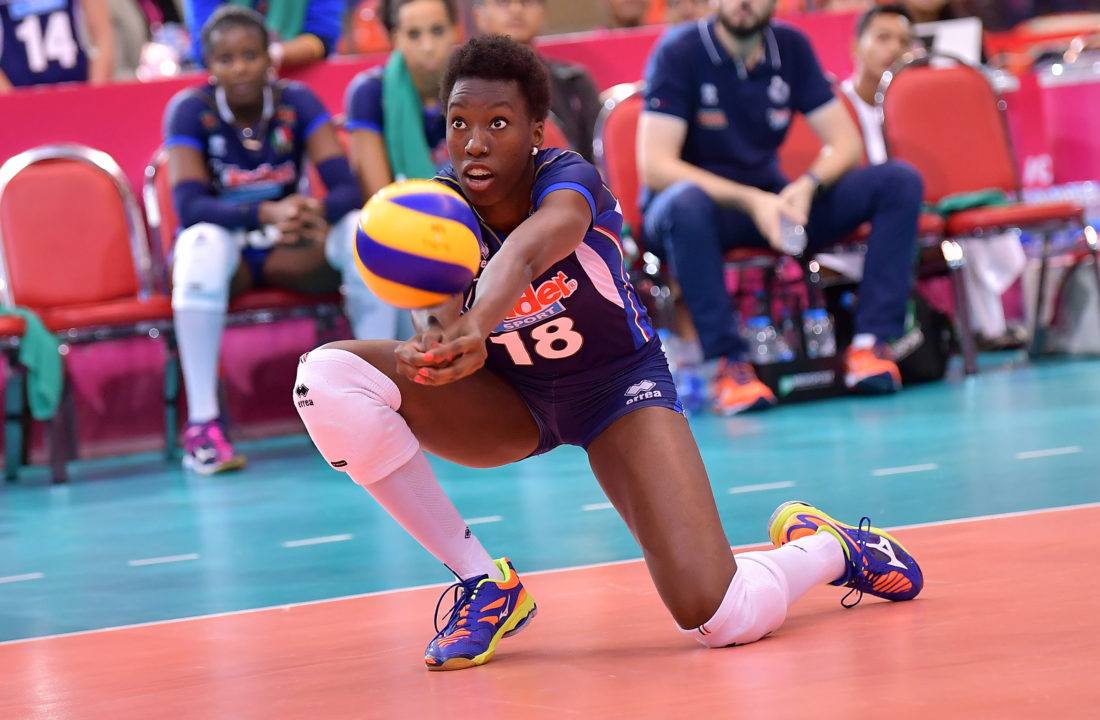 Paola Egonu was held to just 9 points, but that was still enough for Italy to sweep the Dominican and clinch a spot in the Final 6. Current Photo via FIVB

Pool I1, which features the Americans and Dutch, among other teams, took the day off in Cuiaba, but the penultimate day of pool play still had plenty of drama.

A 3-2 win by Japan over Serbia, who have already qualified for the Final 6, was the only thing that kept the entire field for the final from being clinched with 1 day to go.

Japan would need a win on Sunday against Russia, who has been wildly up-and-down at this tournament so far, to keep their hopes alive on Sunday. They’ll be the first match played on the final day of competition (the early game in Hong Kong). If they were to win, then both Brazil and the Netherlands, who both play in the late pool I1 in Brazil, would need to win to lock up their spot in Nanjing.

For the Dutch, who fortunately play 0-8 Belgium in their final match of the tournament, a loss on Sunday would compete a historic collapse. They looked like one of the teams to beat through 2 weeks of play, but have now lost two straight to the United States and Brazil.

Italy locked up their spot with a 3-0 sweep of the Dominicans. The Dominican lost in spite of finding a way to hold Italy’s budding superstar Paola Ogechi to just 9 points – her lowest output of the tournament so far.