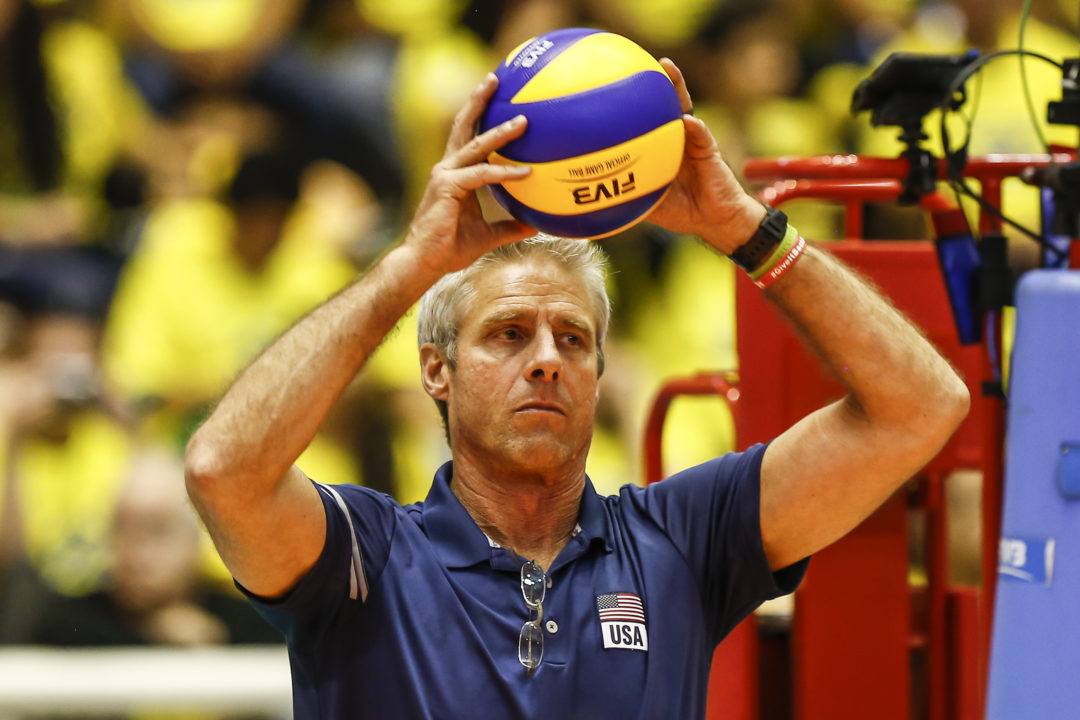 Karch Kiraly and the American women have made an improbable run to the top of Group 1. Current Photo via FIVB

There were only two matches played on Thursday, as the 3rd weekend of action in the FIVB World Grand Prix started in Cuiaba, Brazil in Pool I1.

The hosts Brazil got the dominant 3-0 win that they needed over Belgium (though a 28-26 first set out come could come back to bite them, depending on how deep the tiebreakers go). 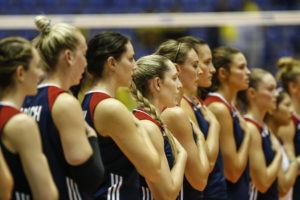 But then, in the late game, The United States picked up 3 huge points with a 3-1 win over the Netherlands. That’s the big shakeup, and while they have a game-in-hand over Serbia, the Americans now sit atop the Grand Prix table with a nearly all-rookie team that returned only 2 players from their Olympic Team for the Grand Prix.

This improbable run has almost cemented the Americans’ spot in the Final 6 – as they still have a match against winless Belgium on Friday. If they get to 6 wins, they will almost definitely be in. If they beat Brazil on Sunday in their final match, they’re a lock.

Brazil still needs at least 1 more win to lock up a spot in the Final 6. That will be a tough order, given the two teams that they still have to play (the United States and the Netherlands), but suddenly their Friday match against the Dutch looks the more winnable of the two.