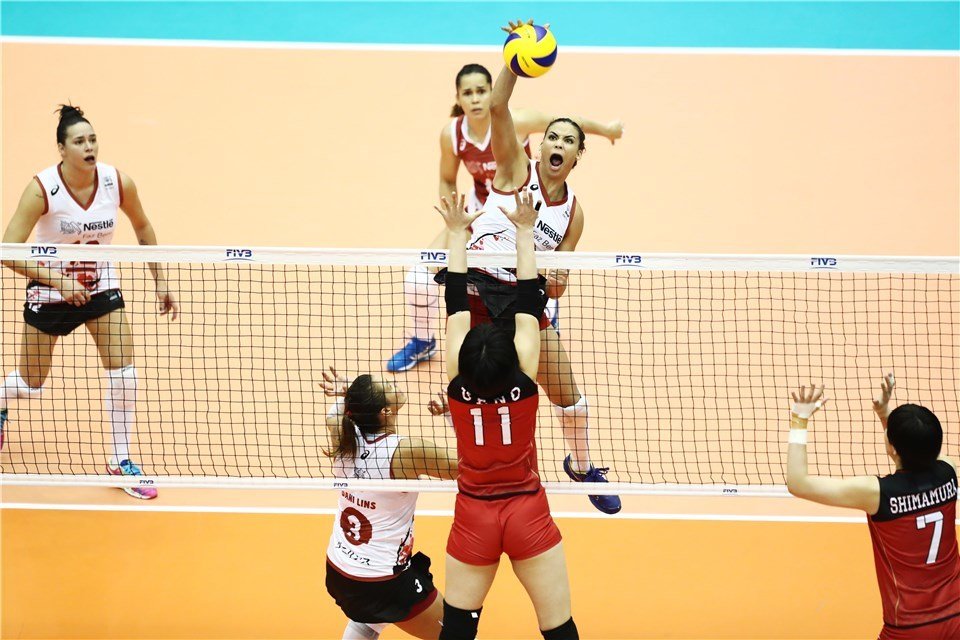 After a series of quick matches on Day 1, four more matches are on top for Day 2 of pool play in Kobe, Japan.  Current Photo via FIVB

Day 2 of the 2017 FIVB Women’s Club World Championship begins at 9 p.m. ET Tuesday, with the first of a four match slate.

The matches, which will go from late Tuesday night through early Wednesday morning, will all be streamed live on the FIVB YouTube channel.

The tournament began Monday night as Dynamo Moscow, which were champions of the Russian Super League, and Vakifbank Istanbul, 2017 European Champions and winners of the Turkish first division, faced off in Pool A action. Brazilian Super League and South American champs Rexona-SESC took on Hisamitsu Springs, which were runner-up in the Japanese Premier League.

Each four-team pool will feature round robin action with two matches from each being played on Tuesday, Wednesday and Friday in Japan. Placings will be decided Saturday and Sunday with the top four teams advancing to the semifinals. Fifth through eighth place will be decided through a classification round as well as fifth and seventh place matches.