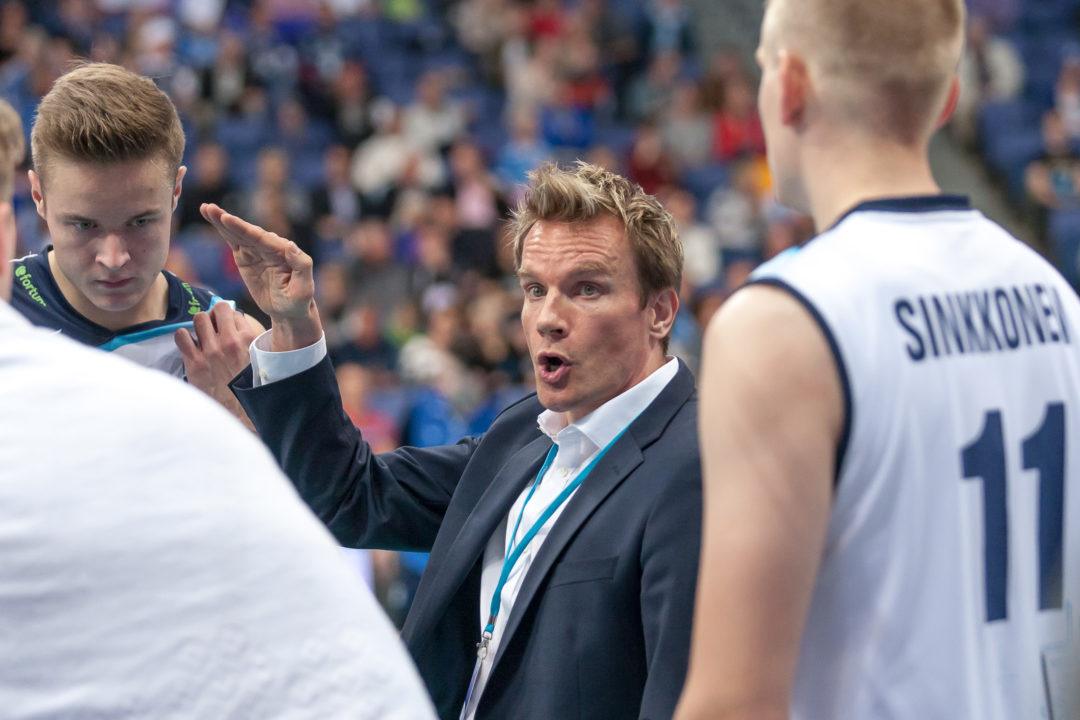 Finland went offensive to get their first win of the 2017 FIVB World League. Current Photo via FIVB

Pool D2 started with a reversal of fortunes for the home team Finland. After a surprising 0-3 start in round 1, Finland knocked off Slovakia 3-0 on Thursday. Slovakia was previously undefeated in the tournament.

While the rest of the 2nd round of play in the 2017 FIVB World League gets underway on Friday, including all three groups in the top tier of Group 1, this group started a day earlier in the Finnish capital. In the other match, Australia beat China 3-0.

Finland used a tight rotation of just 8 players to sweep the previously-undefeated Slovakia 3-0 on Thursday in front of a home crowd of 3,344 fans. Finland used just one substitute in the match, Antti Ropponen, who appeared in only 2 sets. 73 of their 75 points were scored by starters.

Finland won their group at the European qualifiers for the 2018 World Championships last week, and had momentum going into the first weekend of World League play. They came away 0-3 though, in spite of maintaining their typically-high level of blocks.

On Thursday, their block numbers were down (they had just 6 in 3 sets), but they improved everywhere else – including giving away just 9 points on errors.

Sivula Urpo led all players with 17 points, one of three Finns in double-figure scoring. Matej Patak led Slovakia with 16 points – including 14 kills on a .462 hitting efficiency percentage.

In the first round of the FIVB World League, China’s Chuan Jiang was unstoppable, scoring 65 points across 3 matches. On Thursday, however, Australia was able to contain him to just 11 points, and the result was a dominant 3-0 sweep for the Volleyroos – including a 25-13 thumping in the 2nd set.

China fed Jiang early and often, but he wound up with only 8 kills in the match on 23 swings. He was effective on just 34% of his attacks (which was the same ratio for his whole team), and had just a .217 hitting percentage.

Australia was led offensively by Paul Carroll, who had 15 kills on 25 swings for a whopping 60% success rate – leading a team effort of over 50. Australia also had 8 aces as a team, including 3 from Samuel Walker.

Jiang was the only Chinese player in double-figure scoring, but Longhai Chen wasn’t far behind with 8 points. 4 of those points came on blocks – meaning he out-blocked the entire Australian team single-handedly (they had 3).