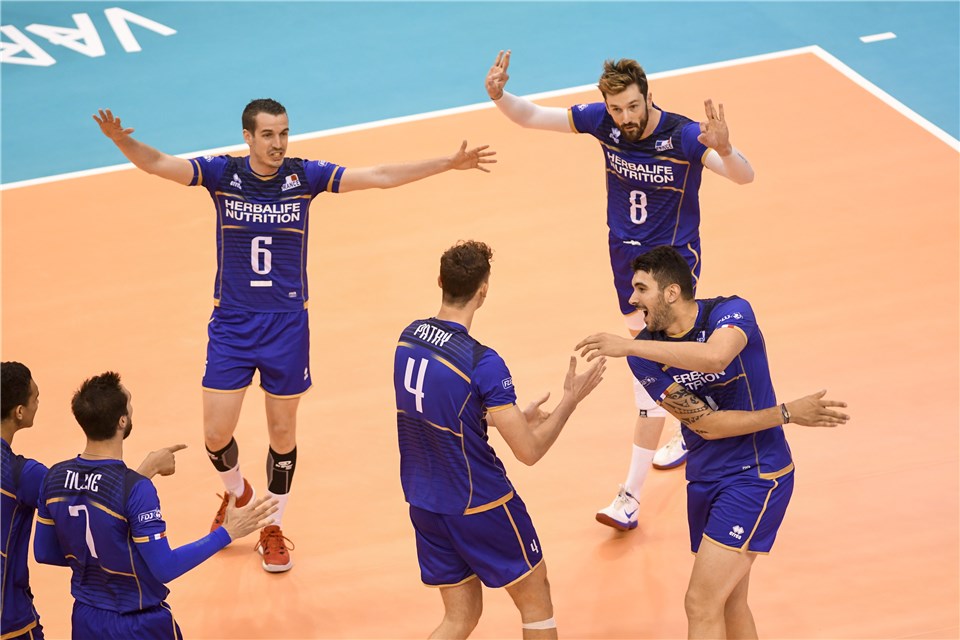 After 10 matches, four teams stand at 8-2, but Finals host France boasts the top spot in the standings with 25 points. Poland, Brazil and the United States follow.  Current Photo via FIVB

After 10 matches, four teams stand at 8-2, but Finals host France boasts the top spot in the standings with 25 points. Poland, Brazil and the United States follow.

France kept its stranglehold atop the standings with a sweep of Bulgaria, while the United States kept pace with a crushing sweep of Serbia.

Poland and Brazil both lost their second matches of the tournament on Friday, falling to Iran (3-0) and Canada (3-0) respectively. Both were huge upsets on the world scale as No. 6 Canada knocked off No. 1 Brazil and No. 8 Iran downed No. 3 Poland.

Another highlight of the day’s action was Italy’s four-set win over China, which put the Italians in elite company alongside Brazil and Russia as the only countries to boast 500 world level victories.

Five of the day’s eight matches were decided in sweeps, while Japan went the distance in a five-set affair with Germany.

Here’s a look at how the results hashed out.

Injuries also were a big story on the day as Bulgaria lost Todor Skrimov to a calf injury on the opening point of its match with France. The United States lost Thomas Jaeschke to an apparent knee injury in Set 3 of its sweep of Serbia.

France faces off with Brazil at 8:30 a.m. ET in Varna, Bulgaria. The United States wraps up the day’s action with an 8:30 p.m. ET contest with Poland.