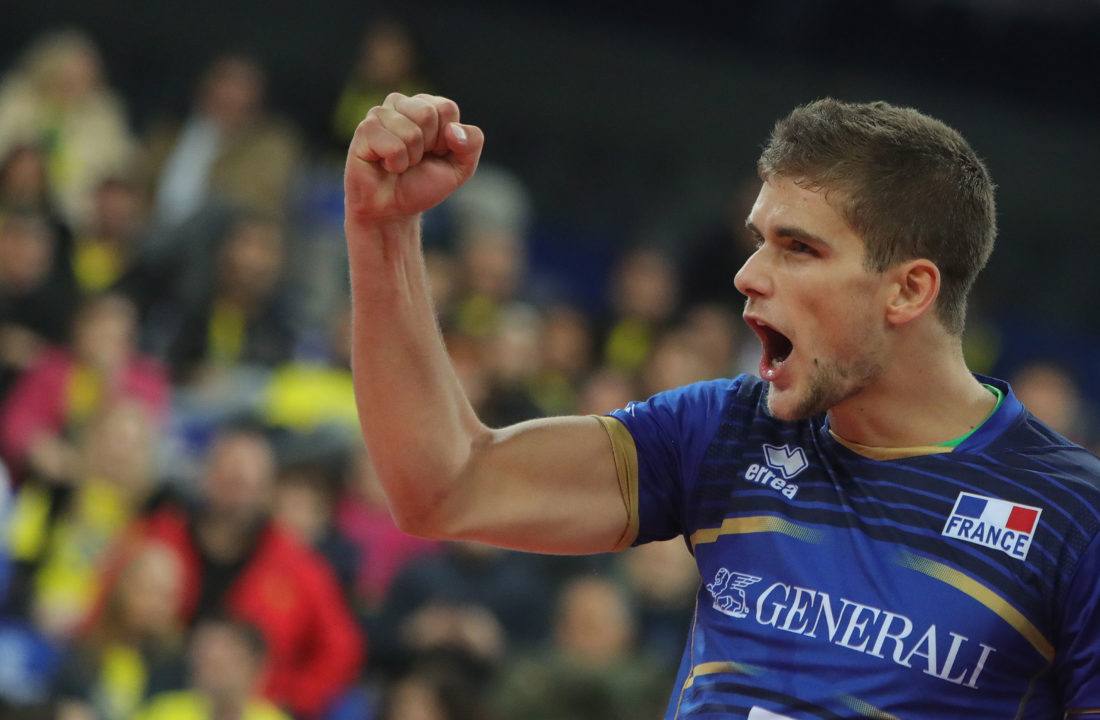 France has started Trevor Clevenot over Julien Lyneel in the gold medal match at the 2017 FIVB World League on Saturday. That shows a massive swing for France at the 2nd outside hitter position this week. Lyneel was the hero of the team’s round of 6 play-in game on Thursday, but in Friday’s semi-final he struggled early, with just 1 kill in 11 swings. Midway through the 2nd set, he was substituted for Clevenot, who was an improvement with 7 kills on 17 swings.

France has two of the best offensive weapons in the tournament on its front line, Earvin Ngapeth and Stephen Boyer, but that 2nd outside hitter position has been a weakness for them. Kevin Tillie, son of head coach Laurent Tillie, would typically play in that spot, but he’s absent this summer with an injury, and if this French team has a weakness (besides size), that’s it.

Brazil, meanwhile, stuck with its standard roster that they’ve used for most of the Final 6.