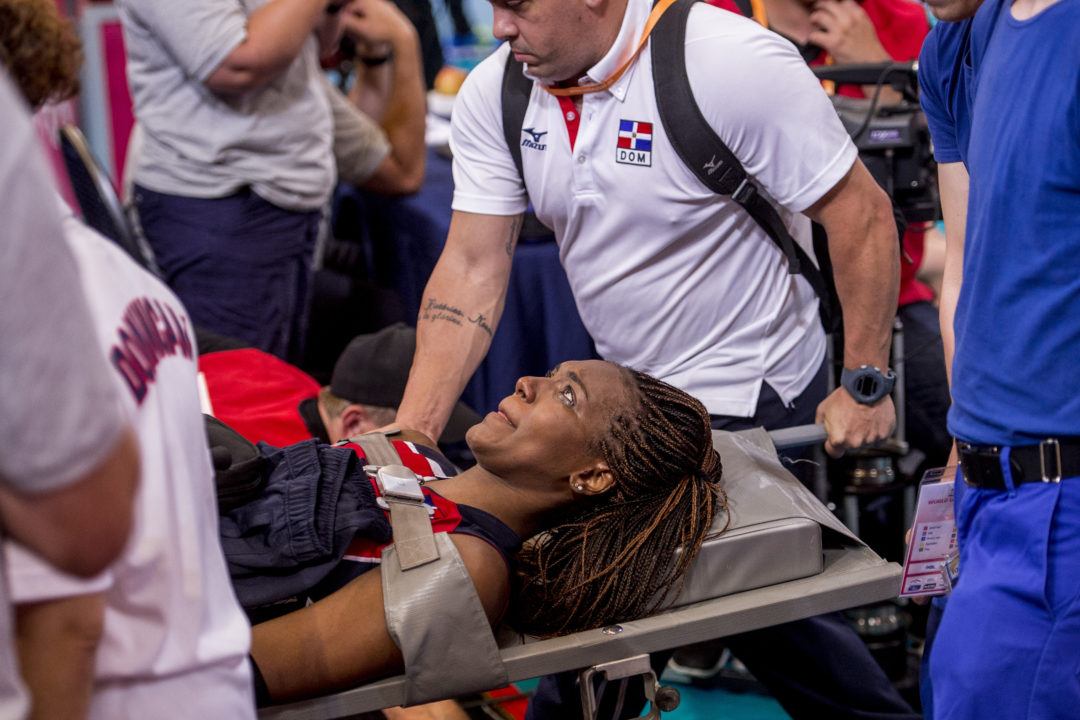 20-year old Dominican outside hitter Brayelin Martinez had to be carried off the court on Saturday in the 4th set of the team’s 3-1 defeat of Japan. In that set, she dove to the court to try and dig a ball (she was unable to), she appeared to be in distress, as if she could not breathe, and was immediately placed on the floor to receive treatment.

After receiving care from both Dominican and Japanese doctors for 15 minutes, she was carried off the court.

Marcos Kwiek, the Brazilian-born coach of the Dominican said that she felt pressure on her lungs when she dove for the ball. She came up out of breath, but is expected to be ok.

She underwent some tests after being withdrawn from the court and ultimately returned to the hotel with the rest of the team. She is expected to be available to play against Thailand on Sunday.

Dominican went on to win that last set 29-27 without her, but Martinez, who scored 12 points against Japan will be crucial to the team’s chances against Thailand. A win against Thailand, and a two-win opening weekend, would be huge for the Dominicans’ chance at a first-ever Final 6 appearance. They’ve never placed higher than 8th in the tournament.

Watch Martinez carried off the court below: