LIVE: 2016 WGP Champ Brazil on Brink of Elimination vs. Netherlands 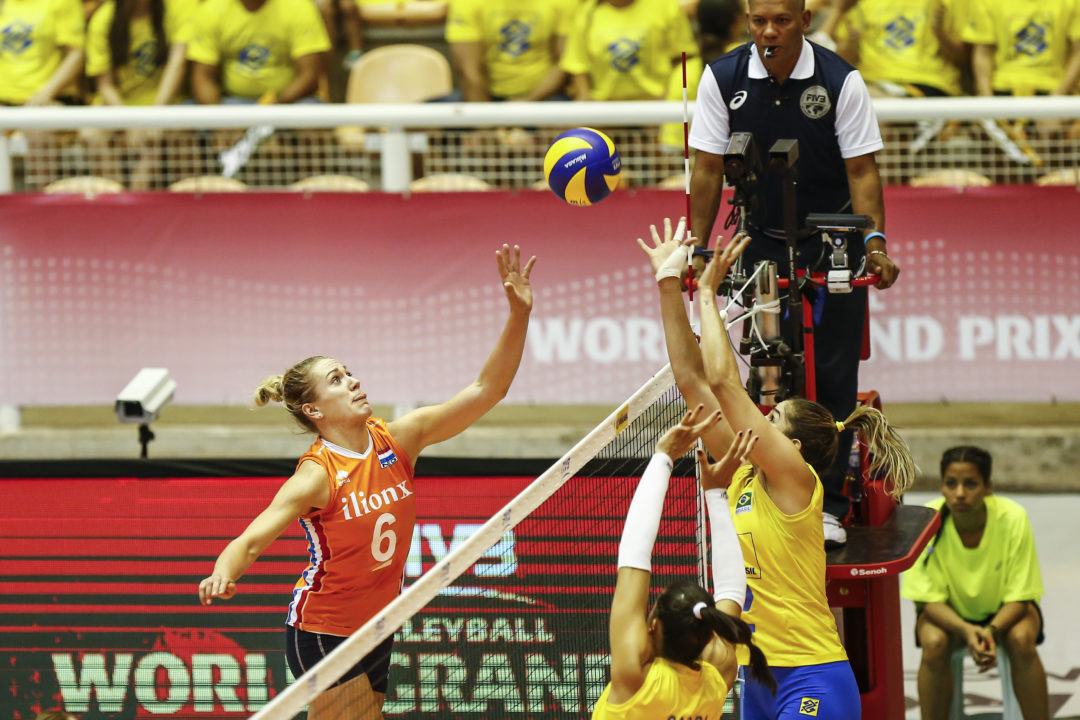 Brazil needs to defeat Netherlands to avoid elimination while the Dutch can clinch a semifinal berth with a win. Archive Photo via FIVB

On day two of the Final Six, Brazil and Netherlands clash as one team can be eliminated from contention while the other can secure their bid to the last four.

The Brazilian side took a 6-3 record into the final six. They started 3-3 in pool play, but won their last three to advance to this point, where they were quickly dispatched by China in three sets yesterday. That puts the South American side at a tough position, as they must defeat their European counterpart just to stay alive for a chance at the semifinals.

Netherlands was also a 6-3 pool play team, although they finished with one less point than Brazil. This will also be their first match of the two-match schedule in the pool, as Brazil sits at 0-1 with China at 1-0 atop the pool. Only the top two will advance, so a win today would secure the Dutch’s spot in the final four.

These two sides met just last week, as it was Brazil defeating Netherlands in four sets; 25-17, 25-14, 18-25, 25-19. However, that match was played in Cuiaba, Brazil. This edition, in Nanjing, China, won’t feature quite the home environment for the Brazilians, as the Dutch look to earn one of four semifinal positions.