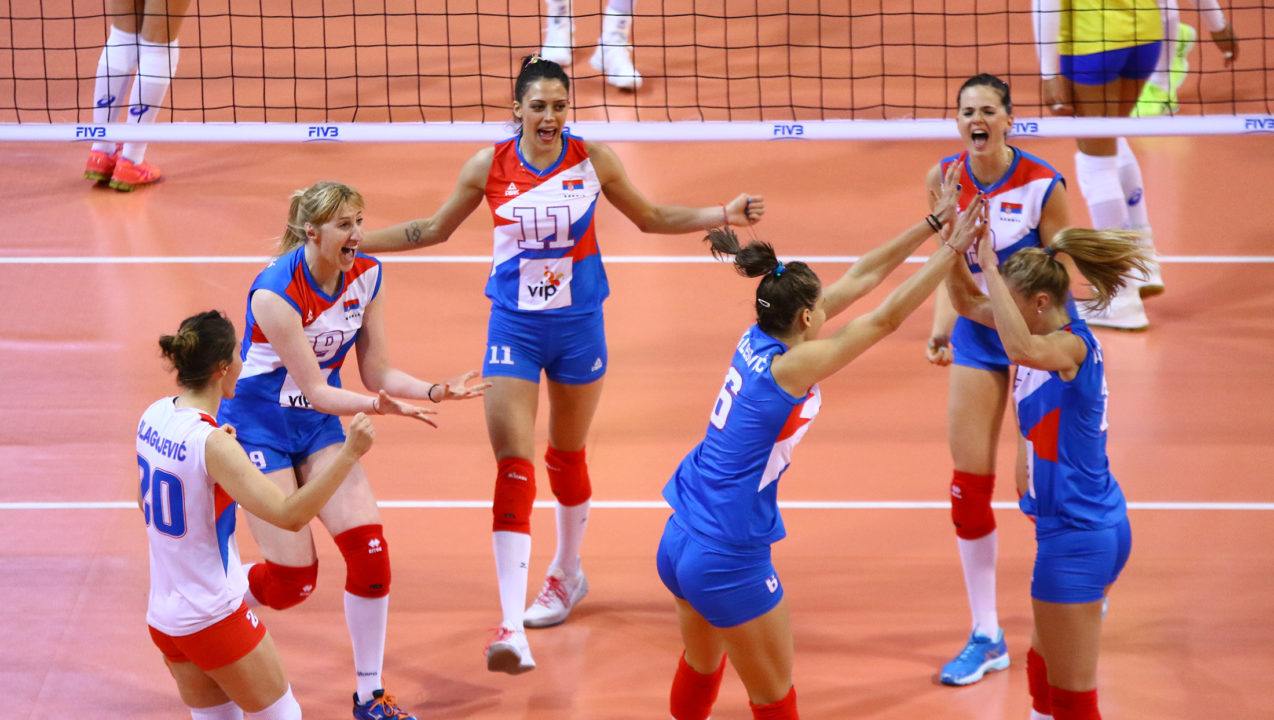 The 2017 edition of the World Grand Prix is the seventh consecutive year that Serbia has made an appearance, making this year one to remember. Current Photo via FIVB

The 2017 edition of the World Grand Prix is the seventh consecutive year that Serbia has made an appearance, making this year one to remember. They first joined the competition field in 2011, immediately making an impact, finishing third overall. In 2013, the squad repeated their bronze medal finish but have missed the Final Six in the past three editions.

At the 2016 Olympics, Serbia faced off against the eventual champions in the title match, giving them a run for their money but falling short for the silver medal.

Overall, Serbia has a 7-2 record at the World Grand Prix, losing to Brazil in three to start off their week two play than in five to Japan in the final week of play.

At this year’s edition of the World Grand Prix, there have been a number of top contributors for the Serbian crew.

(* denotes their participation in the 2016 Olympic Games)

The Serbian return nine of the players that helped them to the silver medal finish at the 2016 Olympic Games. Leading Serbia at the Olympics were Tijana Boskovic and Brankica Mihajlovic with 137 and 121 points, respectively. Milena Rasic also contributed 96 points for Serbia.

Of these players, Mihajlovic has been the most effective for the team this season and will need her along with Boskovic to step up in the Finals.

Serbia will begin their Finals journey with the United States on August 2 followed by Italy on August 4. Team USA finished in second place during the opening rounds while Italy emerged as a dominant team in the final two weeks of play.