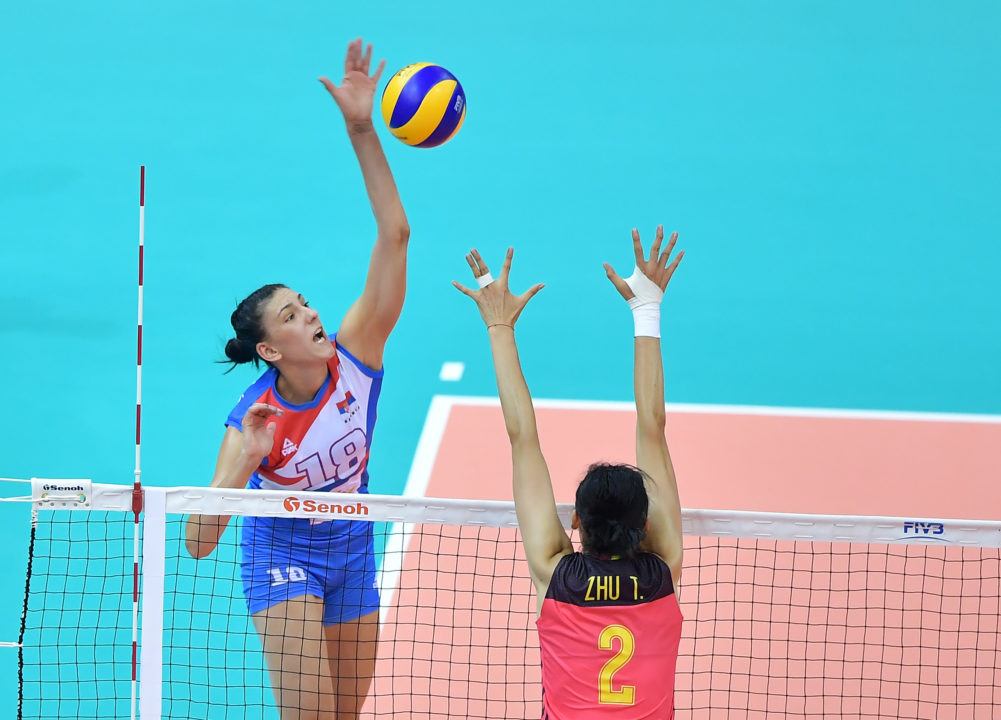 During the finals of the 2017 FIVB World Grand Prix, Serbia's Tijana Boskovic turned on the ignition, putting down 100 points on the way to a third place finish over China. Current Photo via FIVB

During the finals of the 2017 FIVB World Grand Prix, Serbia’s Tijana Boskovic turned on the ignition, putting down 100 points on the way to a third place finish over China. Her 100 points led the pack in Final Six play, with Brazil’s Tandara Caixeta coming in second with 89 points.

Boskovic was not a real contributor in the preliminary rounds for Serbia, sitting out much of the competition until she really started playing in the final week. The finals sparked a fire that spread for the Serbian who dominated the scoring over the course of four matches.

Brazil had two top-five scorers after the finals, proving the real depth of their bench and why they won the gold medal over Italy.

Ting of China proved to be the most effective attacker in the competition, having a 53.64 hitting percentage, along with three other players that were over 50% effective on their swings.

Though being eliminated early in the Final Six, Team USA’s Gibbemeyer was the most effective blocker in the finals series with 1.22 blocks per set. More accurately, seeing as they played two more matches than the Americans did, Correa and Da Silva of Brazil were the next two that racked up some serious blocks in the finals series.

Once again, Gibbemeyer led the leaderboard in a category with 5 aces and 0.56 aces per set. The Netherlands, though eliminated early, were dominant and consistent servers, with three players making the top-five.

Though Italy’s setter produced more kills in the finals series, Brazil was still able to take the crown. Outshining all setters by nearly two assists per set was China’s Ding as she dished out 8.4 assists per set.

Wong-Orantes of the United States was the most effective digger in the competition in the two matches they competed in picking up 3.67 digs per set. From Italy, Malinov, the setter, was a force on defense scooping up 3.00 digs per set.

Italy and Brazil had a lot of strong serve receivers in the finals, with two a piece ranking in the top-five in efficiency. Team USA’s Bartsch-Hackley was the most accurate with a 73.02%.