WATCH LIVE: Brazil Tries to Defend its WGP Crown vs Italy in ’17 Final 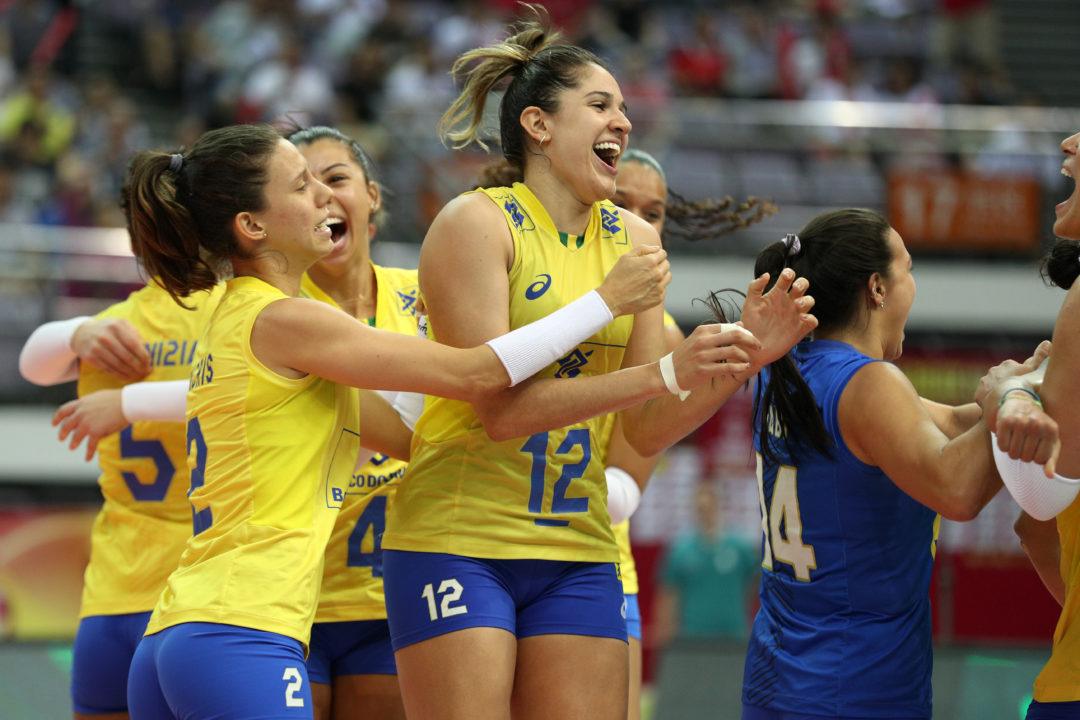 Brazil was just 3-3 through two weeks of the tournament, but they have accelerated to the finish line with three straight wins to end pool play and splitting the matches in the Final Six earlier this week. They pulled off a four-set victory over Serbia, who had the top mark in Group 1 heading into the match, as they now have an overall record of 8-4. Tandara Caixeta led the way as she scored more than double any other Brazilian player with 24 points.

Speaking of teams who struggled early and picked it up, Italy began the event 0-2. They quickly turned things around by winning seven of eight before they fell to Serbia two days ago. That put them in the tough situation of playing a road match with China. Even with a young team, they won in four sets and now are 8-4 overall, just like Brazil. Part of that youth is Paola Ogechi Egonu, who scored over 30 points in one of the Final Six matches. She also totaled 26 points in Italy’s last victory and will look to show up strong again on a bright stage at just 18 years old.

The series has been dominated by the Brazilian side, 22-4 in World Grand Prix competition. It will either go down as another notch into Brazil’s dominant history at the Grand Prix, or it will be a first for Italy.