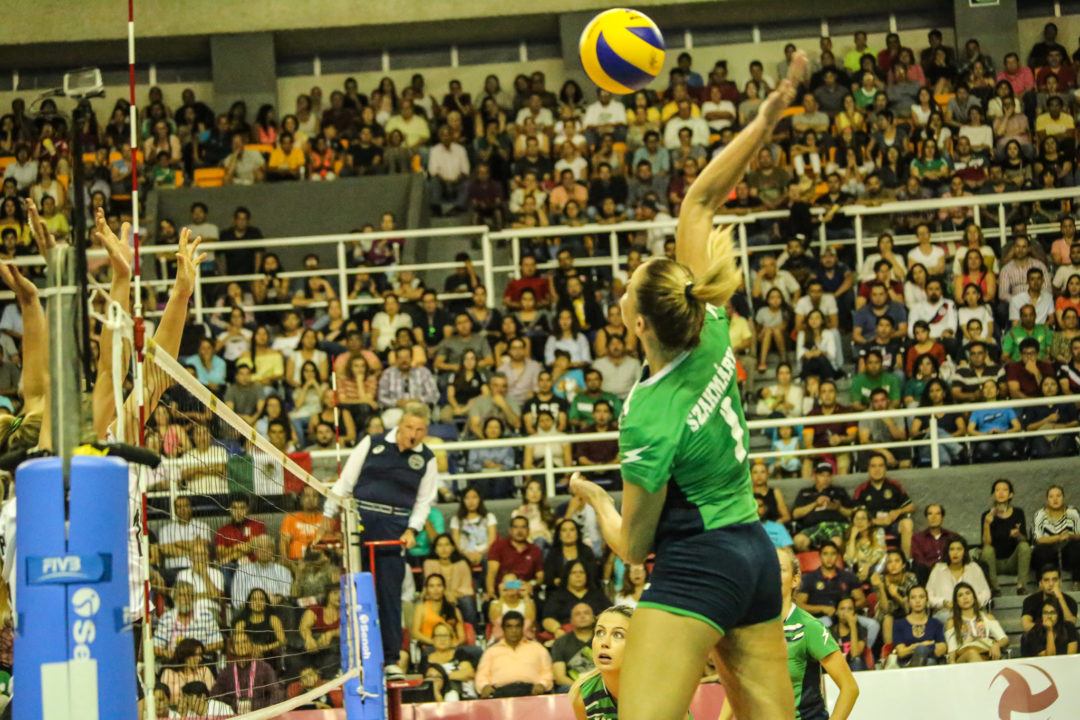 Undefeated Hungary looks to complete the perfect journey as they take on Australia in the Group 3 championship match. Archive Photo via FIVB

A top accolade and a chance at promotion to Group 2 weighs in the balance of the Group 3 Championship between Hungary and Australia. The Australian side will be playing in front of a home crowd, as they look to upend the unbeaten European side.

As mentioned, Hungary has yet to lose a match so far, as they have collected seven victories in seven matches. They advanced through to this round with a five-set victory over France in what was a clash of two undefeated squads. Now, they go for the Group 3 title and an unblemished mark in their first ever World Grand Prix appearance.

The Australians came into the semifinals at just 1-5, making the final four on the merit of their host-status. They advanced through though after a forfeit from the Venezuelan side. They’ll be looking for an upset, as they hope the home crowd can guide them to a win.

In the prior meeting this World Grand Prix, Hungary downed Australia in four sets. It was the first time the teams met at world level in 35 years, so this hasn’t been a longstanding series. Regardless, you can throw the history out the window as these two nations go for gold in Group 3.