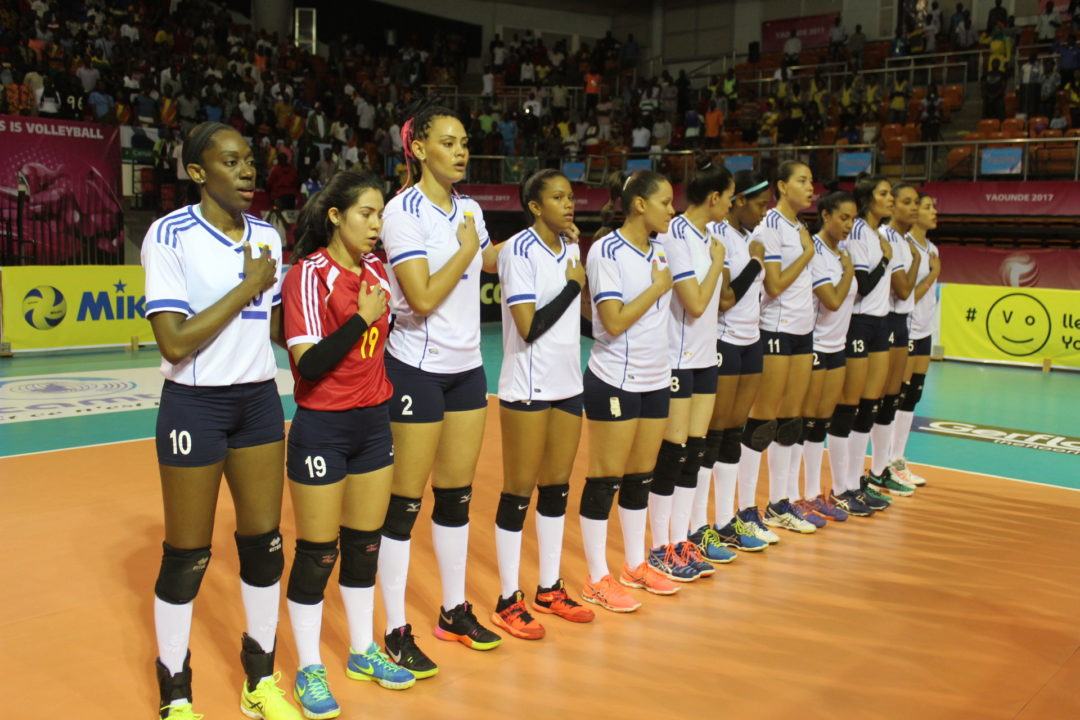 With political unrest in their home country, the Venezuelan women’s national team was unable to make it to their semifinal... Current Photo via FIVB

With political unrest in their home country, the Venezuelan women’s national team was unable to make it to their semifinal match in time to face Australia at the World Grand Prix. With the forfeit, Australian moved straight to the finals match in Group 3 and will face Hungary on June 23 while Venezuela will take on France in the bronze medal match.

They were found though, after nearly 24 hours of Volleyball Australia officials searching for the team, according to B.J. Hoeptner Evans Twitter page:

On their way to qualifying for the final four, Venezuela finished the preliminary rounds with a 4-2 record, losing to France in five during week one and Hungary in a sweep in week two. Both France and Hungary went undefeated in their preliminary round matches. Venezuela qualified in at #3 overall. The Venezuelan team was led by Maria Jose Perez Gonzalez who posted 75 points in the opening rounds of the World Grand Prix.

This is not the first Venezuelan team to show up late to an event this summer, as the men’s team arrived late to their first week in the preliminary rounds. They forfeited the match to Austria and finished the weekend with a 1-2 record.