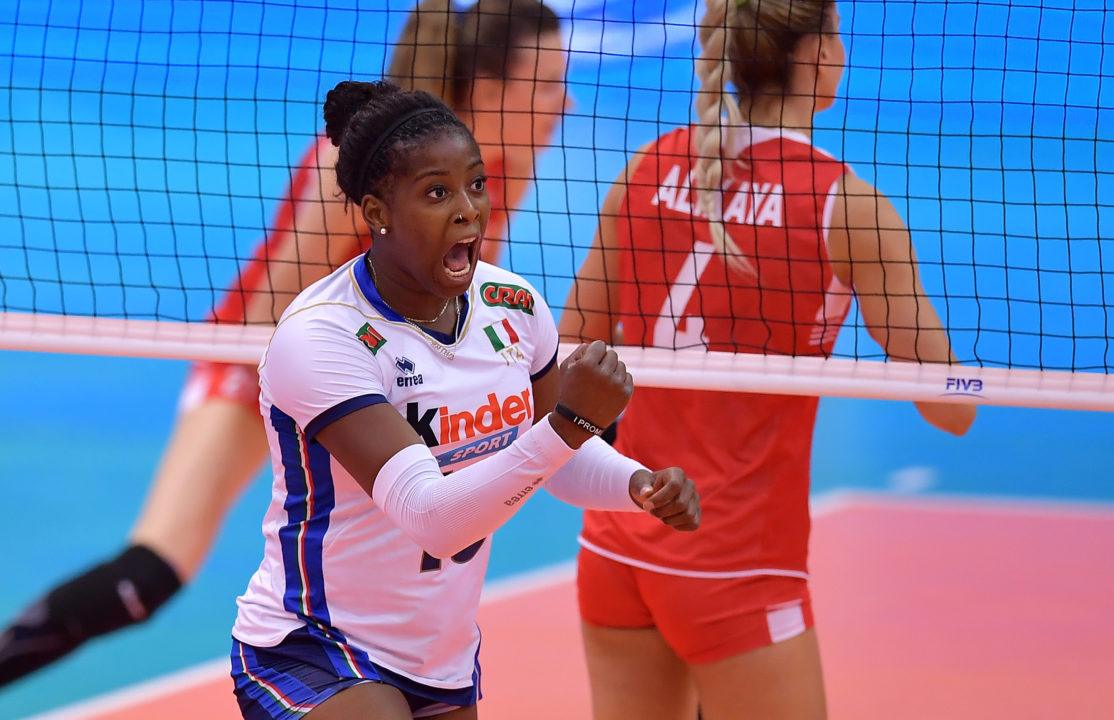 Two of the top-seven in Group 1 meet in a match with final six implications between Italy and the Dominican Republic. Archive Photo via FIVB

Two of the top-seven compete with each other in a match that could have implications on the final six.

After an 0-2 start, Italy fell behind 2-1 in sets to Russia. From then on, they’ve been a new team as they won the match en route to five straight. One more victory would equal their longest winning streak in World Grand Prix team-history. At 5-2, they’re now in solid positioning for the final six, but a loss in this one would make things more interesting.

That’s exactly why this one is so important for the Dominican Republic. They’re just on the outskirts of the top six at 4-3 and besides needing the win to keep pace, it’s an opportunity to take out a team ahead in the standings. Either way though, it’s been a successful run for the Caribbean nation who were in Group 2 in last year’s event.

The Italians have owned the World Grand Prix series between the two teams, as they’ve won 12 of 14, including a 3-0 sweep in the most recent encounter in 2015.