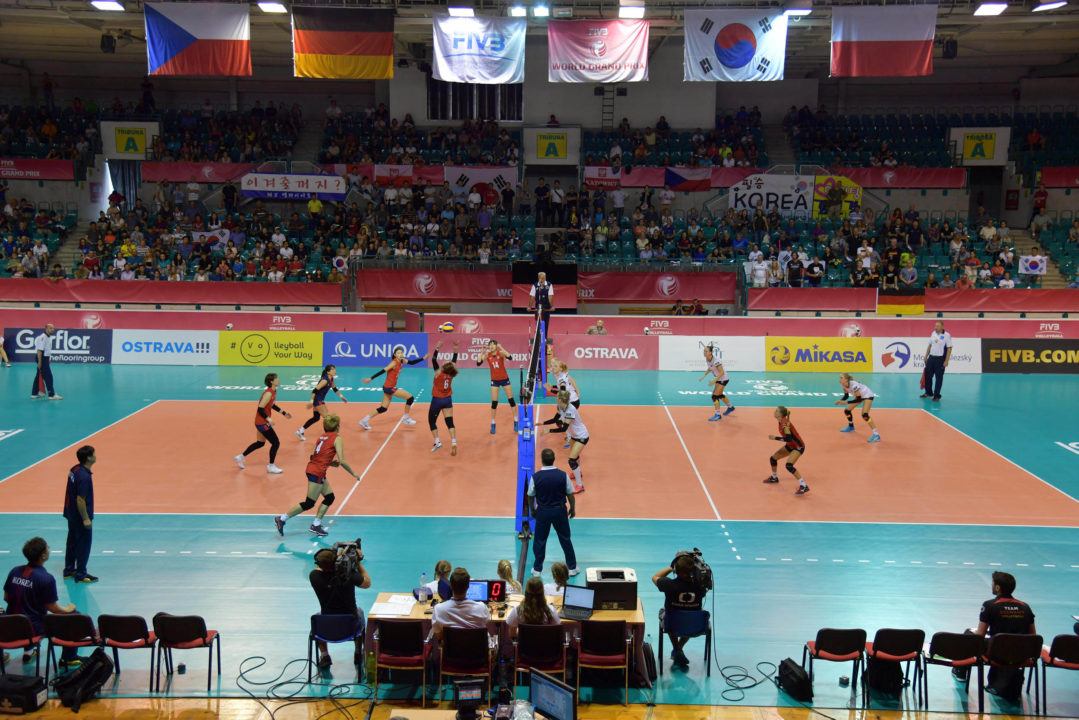 Korea and Poland square off for the Group 2 Championship at the 2017 FIVB World Grand Prix. Archive Photo via FIVB

In a rematch from a week ago, Korea and Poland will go toe-to-toe for the 2017 FIVB World Grand Prix Championship and a chance at promotion to Group 1 in the next Grand Prix.

Standing at 9-1 between pool play and yesterday’s victory, Korea has been the top team on the Group 2 side thus far. They took down Germany to get here, as they’ve handed the Germans both of their losses in this event and now will look to give out another loss to Poland. Beyond winning nine of 10, Korea has also swept their opponent in six of their last eight. The two non-sweeps were against Germany in the semifinals and Poland on July 16, although Korea did sweep the Polish side a week later on July 23. They were propelled into this match with a comeback after falling behind 2-0 in sets, as Kim Yeon Koung had a match-high 27 points in addition to her 21 digs.

The Polish side won seven matches in pool play, and added to its current record of 8-2 with a semifinal win over final four host-Czech Republic in yesterday’s match. In the preliminary round, they had one of the top spikers, blockers and diggers/receivers in Malwina Smarzek, Agnieszka Kakolewska and Agata Witkowska. Smarzek and Kakolewska combined for 34 points in the semifinal round, while Witkowska had 27 digs.

These teams met on the final day of pool play just last week, as it was Korea coming out on top. Poland will look for revenge as both sides go for the Group 2 crown.