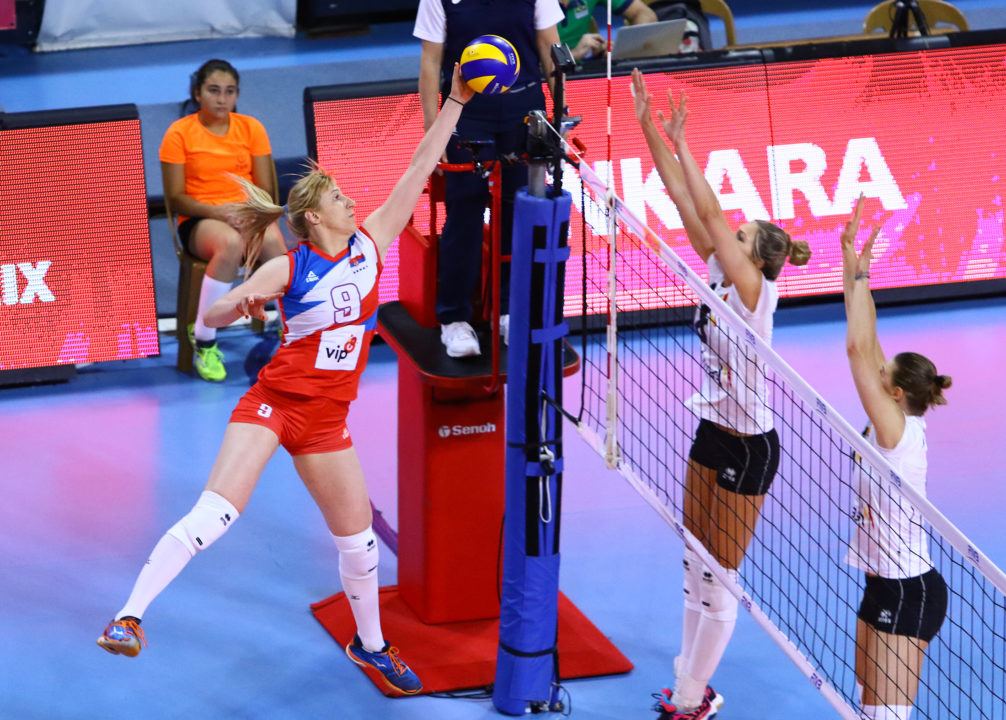 Two of the top-five teams in Group 1 of the FIVB World Grand Prix match-up as Serbia faces Japan. Archive Photo via FIVB

While Serbia tries to bounce back from their first loss, Japan will go for another win in a meeting of two of the top-five records in the overall Group 1 standings.

After a perfect first weekend that included nine set appearances and nine set wins, the Serbians were swept by Brazil. It was a rematch of a week one meeting, as the loss dropped Serbia to third in the standings at 3-1 (nine points).

Japan won its first match in Pool D1 in four sets over Thailand. The win pushes them to 3-1 overall, as they only sit behind Serbia in the Group 1 table in points (seven). Sarina Koga had 18 points in the win over Thailand for Japan and has a team-high 64 in the tournament.

This will be the eighth meeting in World Grand Prix between the two nations. Japan owns the series lead at 4-3. However, over all competitions, Serbia has won the last six.