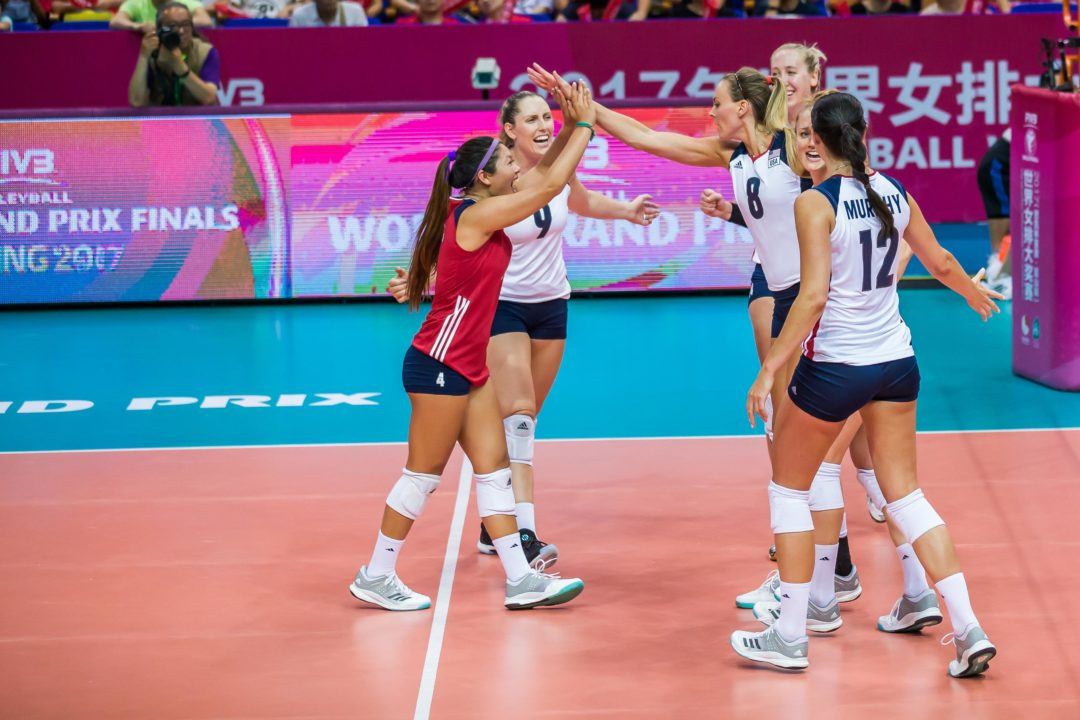 Team USA looks for a 5-0 start to the FIVB World Grand Prix as they take on Italy. Archive Photo via FIVB

After Serbia lost yesterday, Team USA is the lone undefeated team in the 2017 FIVB World Grand Prix and will look to remain so against Italy.

With their unbeaten mark, the U.S. Women’s National Team is on top of the Group 1 table at 4-0 with 11 points. The U.S. have won 11 of the 19 meetings in this series in the World Grand Prix and will look to continue that with the rematch against Italy of a week one matchup.

Italy started the tournament at 0-2, including a 3-0 loss to the United States. They responded with a comeback against Russia and a sweep of China yesterday. Now, they’re back to .500 at 2-2 and just on the verge of the top six as they sit in seventh with five points.

Team USA has owned the series of late by winning eight of 10 in all major competitions. Italy can get to above .500 while the United States can further distance themselves at the top.