WATCH LIVE: Two of the WGP Top Arms Meet in Semis with China vs. Italy 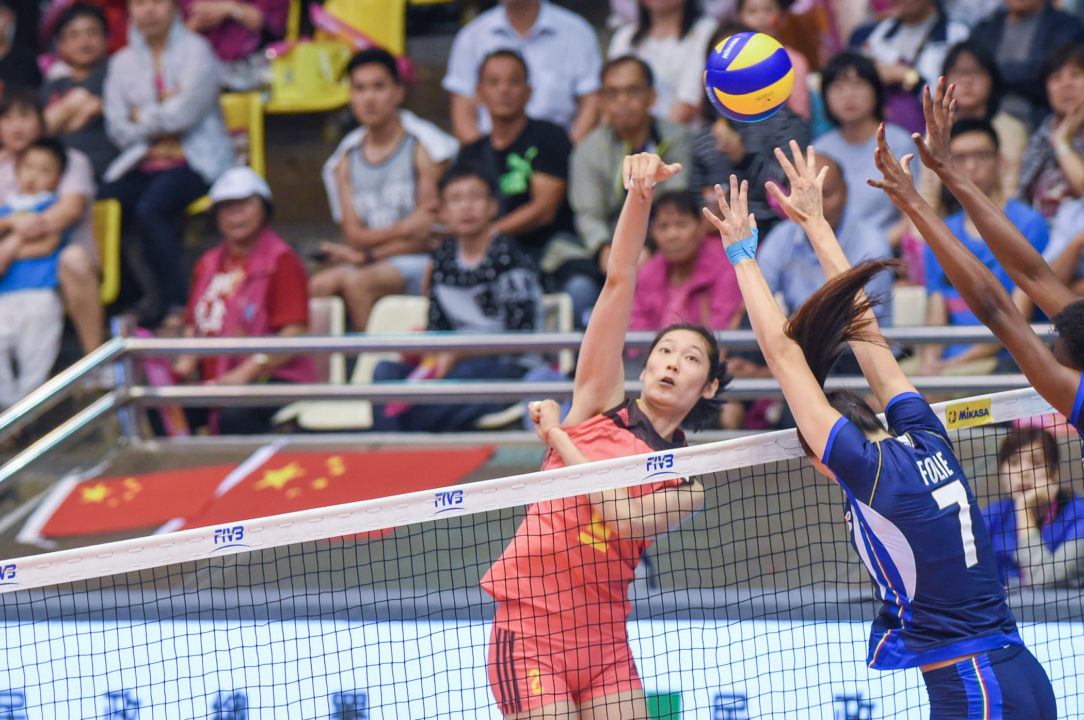 Zhu Ting looks to lead China against Paola Ogechi Egonu and Italy for a spot in the 2017 FIVB World Grand Prix finals. Archive Photo via FIVB

Beyond China and Italy’s battle for a spot in the 2017 FIVB World Grand Prix finals, there will be a phenomenal individual matchup between Zhu Ting and Paola Ogechi Egonu. Each totaled over 30 points in a match during Final Six group play, with Egonu’s 32 against the United States and Ting’s 33 occurring yesterday. The first to 30 might be an indicator on who wins the match.

China advanced into the Final Six by way of being hosts, as their 5-4 record wouldn’t have been good enough to crack the top six. That being said, they may have put more of an emphasis on some pool matches and not rested players like Ting if they knew they had increased importance. Regardless, they took full advantage of their position by winning both matches heading into the semifinals, as they now sit at 7-4 overall. Now, they’re two wins away from their second ever World Grand Prix title, with their other coming in 2003.

Italy started the tournament 0-2 before reeling off seven of eight. They lost yesterday to make it seven of nine, but are still one of the hottest teams in the tournament as they also have an overall mark of 7-4. Italy is already guaranteed a top-four finish for the first time since 2010 when they finished third, but they are looking beyond as they’ve never won the event with two runner-up finishes in 2004 and 2005 as the team’s best ending.

These teams are familiar with each other as each was on the winning side of a match against the other in this year’s Grand Prix. China won the first gathering 3-1 in Kunshan – another home crowd. Italy on the other hand took down their Asian counterpart in straight sets a week later. Beyond the grudge match, this one serves as a platform for one of the most established stars, Ting, and a young up-and-comer, Egonu, to battle it out for a spot in the championship match.