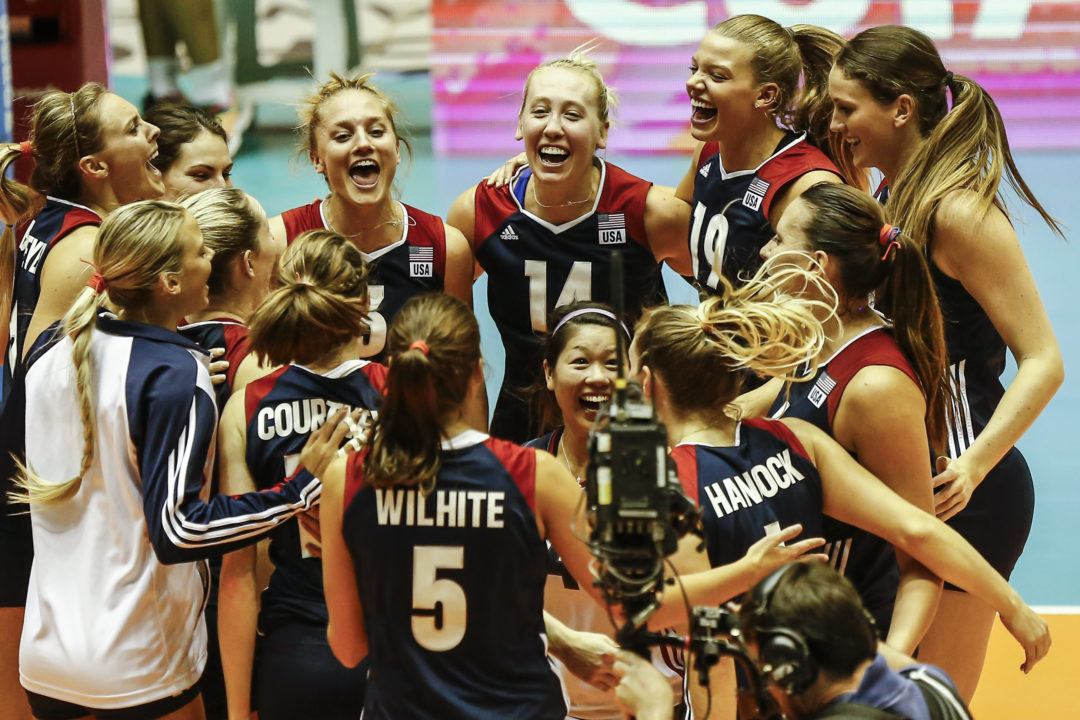 Team USA looks for win number six as they take on Belgium in week three of the World Grand Prix. Archive Photo via FIVB

The U.S. Women’s National Team takes on Belgium in their second match of Pool I1 at the 2017 FIVB World Grand Prix. The match has final six implications for USA, while Belgium would be locked into relegation with a three or four-set loss.

Team USA started 4-0 in the tournament but hit a two-match skid before righting the shit yesterday in a four-set victory over Netherlands. At 5-2, they are in good shape to make the final six, but need to take care of business in this one so that they aren’t totally relying on tomorrow’s road match with Brazil.

Belgium is eliminated from making the final six, but they still have plenty to play for as they try to avoid relegation. They have two more chances at it as they look for their first win of the tournament.

This is just the second meeting between the two at world level, with the United States sweeping Belgium in the 2015 World Grand Prix.