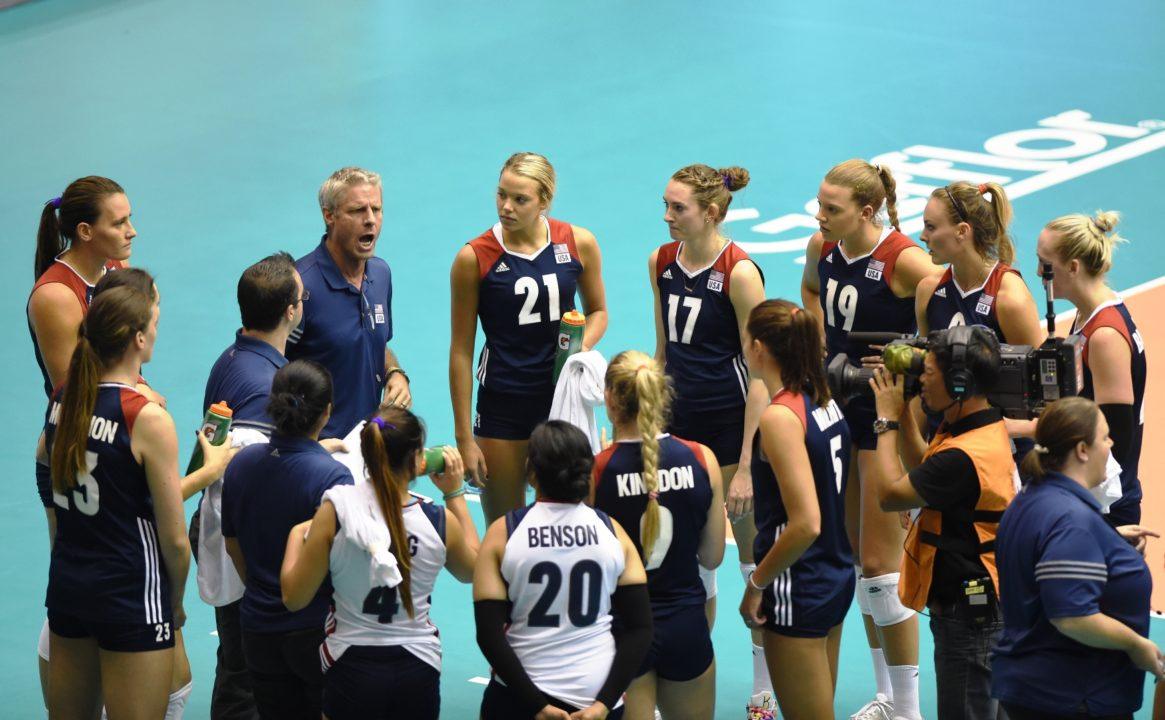 The U.S. Women's National Team and Netherlands meet in a top 3 showdown at the FIVB World Grand Prix. Archive Photo via FIVB

It’s suiting that both USA and the Netherlands sit in the top three of the Group 1 standings after the last time they met was for the bronze medal at the 2016 Olympic games. While Team USA was victorious in that one, the Netherlands has the better record so far at the 2017 FIVB World Grand Prix.

Team USA sits in third of the overall Group 1 table, but they are riding a two-game losing-streak after starting 4-0. One win puts the United States in an interesting spot, with two likely enough for the final six. With 0-6 Belgium still on the horizon, if the Americans can grab a win over the Dutch, then they should have one less task ahead of them in a road match against Brazil later on in the pool.

Netherlands also went 3-0 in week one and stumbled in the second go-around of pool play. After a loss to Japan, they finished strong and are now 5-1, only trailing first-place Russia in the Group 1 table because of set ratio. Two more wins secures the Netherlands with a final six spot, although once some other teams lose or if tiebreakers are taken into account, one more likely would be good enough.

The United States has won the last seven meetings at the world level, with the Dutch last win in the series coming in the 2009 World Grand Prix.