William Arjona Does Not Regret Leaving Super-Team Cruzeiro For Sesi 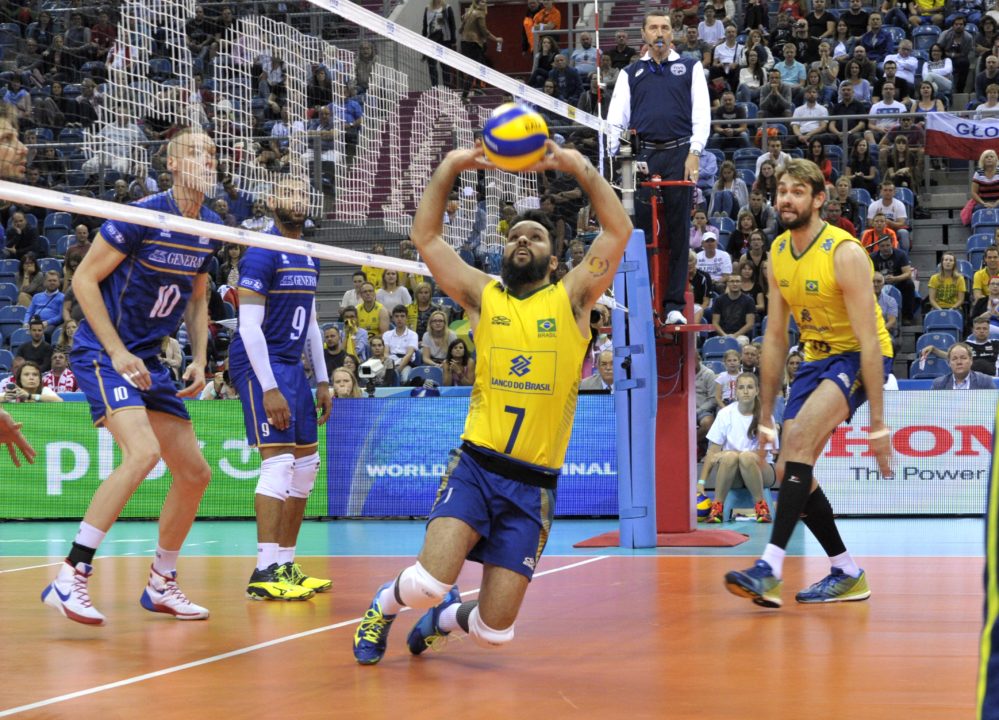 Olympic gold medalist William Arjona, affectionately nicknamed "The Magician" by fans, has his volleyball personal story carefully intertwined with that of Sada/Cruzeiro's. Current Photo via FIVB

Olympic gold medalist William Arjona, affectionately nicknamed “The Magician” by fans, has his volleyball personal story carefully intertwined with that of Sada/Cruzeiro‘s. Together, for the 7 years they partnered up, they won 5 Superliga titles and 3 FIVB Club WCH titles. When William decided to part ways with the team then, it took Cruzeiro’s huge fan base by surprise, specially because he chose a domestic transfer and not an international move. He was even accused of choosing to move from Cruzeiro solely based on financial reasons.

Sesi is, of course, not an extremely stablished team like Cruzeiro, so since William announced his transfer, people have expected him to fail, or at least express his regret. That is not what happened, as Sesi is currently at Superliga finals, expecting either Cruzeiro or Taubaté as its opponent. Additionally, here is what he told Bruno Voloch about his decision:

“I have no regrets. The idea was to seek new challenges, to be closer to my family, and I managed to reach both. I am very happy with my choice. The years at Sada/Cruzeiro were fantastic, and the current season at Sesi is being full of learning and growth. I am very happy and very motivated. It’s been a special season.”

Fans’ fanaticism apart, it would be hypocritical to criticize William for having changed teams due to a better financial offer, if that was the case. Even gold medalists don’t have millionaire salaries in volleyball, so is he wrong to have looked to maximized his financial gains? After all, an athlete’s career is short and fragile due to the possibility of injuries.