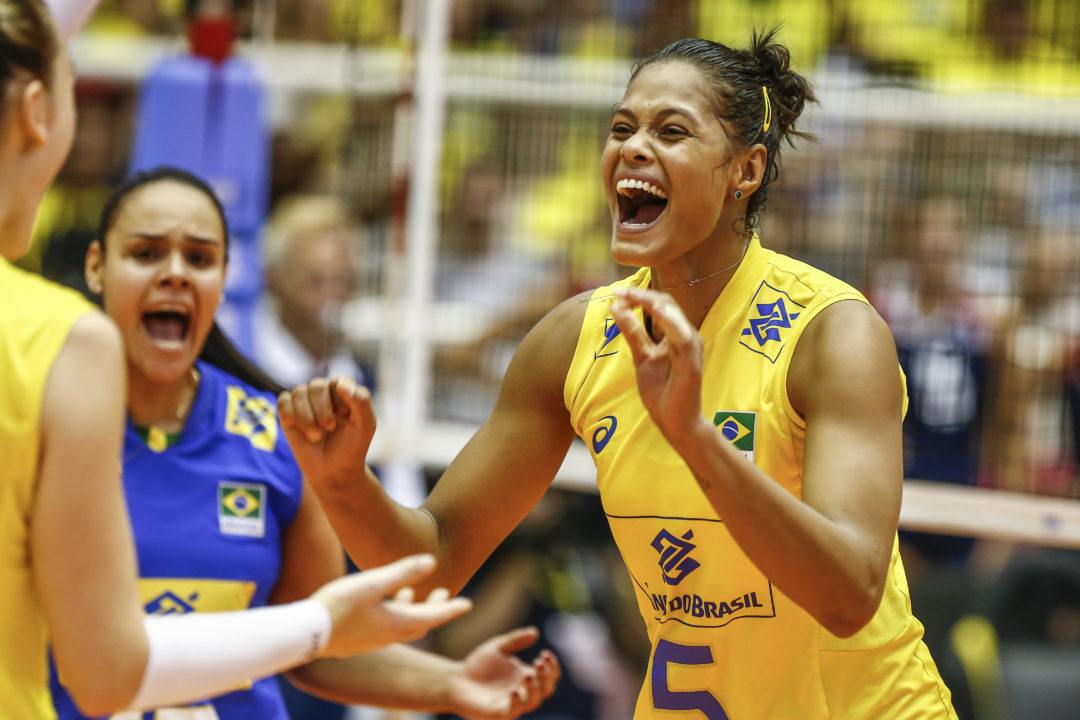 Over the past 12 FIVB World Grand Prix, the Brazilian team has been a dominant force with eight gold medals and finishing as the runner-up on three separate occasions.  Current Photo via FIVB

Over the past 12 FIVB World Grand Prix, the Brazilian team has been a dominant force with eight gold medals and finishing as the runner-up on three separate occasions. At the 2016 edition of the event, the Brazilians up handed Team USA in the finals to take the title.

At the 2016 Olympic Games, Brazil was disappointed by the Chinese squad who eliminated them in the quarterfinal round. China went on to take the Olympic gold medal. The Brazilians will seek their revenge on the Chinese in the first round of the finals.

In the first week of the event, Brazil started off with a 2-1 record, losing only to Serbia. Week two saw the Brazilians with a 1-2 record followed by a redemption week as they went 3-0 in the final week of preliminary play for a 6-3 overall record. The 6-3 record put them in third place in the opening rounds, just one point behind Team USA.

The Brazilians have a decent arsenal of players they can turn to in a crunch during a match to help them out of a tough situation. They will need to have consistent outputs from these same players in the finals to keep them afloat and their dreams alive of repeating the World Grand Prix title.

(*denotes participation in teh 2017 Olympic Games

Brazil has just one member from their 2016 Olympic roster participating in the World Grand Prix this year – Natalia Pereira. Pereira has been a strong contributor for the team this World Grand Prix along with Tandara Caixeta.

The Brazilians will begin their journey at the finals with China on August 2 followed by the Netherlands on August 3.