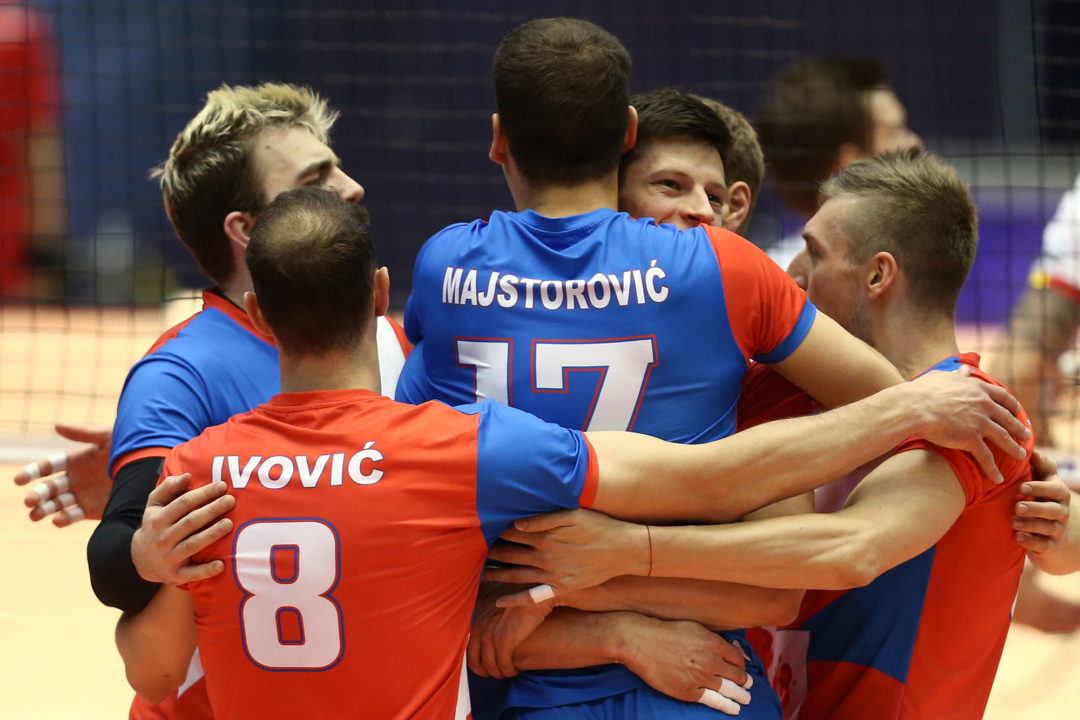 Ahead of play beginning this afternoon,coaches from all four teams – Argentina, Brazil, Bulgaria and Serbia discussed their team’s prospects for the next round of the tournament.

Serbian assistant Nedzad Osmankac talked about his team’s need for continued growth and to play at a high level again this week.

Bulgarian coach Plamen Konstantinov hopes his team will take advantage of its opportunity to qualify and keep up the intensity.

Brazilian coach Renan Dal Zotto was thankful for his team’s health, while pointing out the excellence of the four teams in the competition.

Argentina’s Julio Velasco said injuries among other things have held his team back and limited them to just one win so far. He also compared his teams to Brazilian teams of old which were quick but not tall, saying that provides a model for his squad.