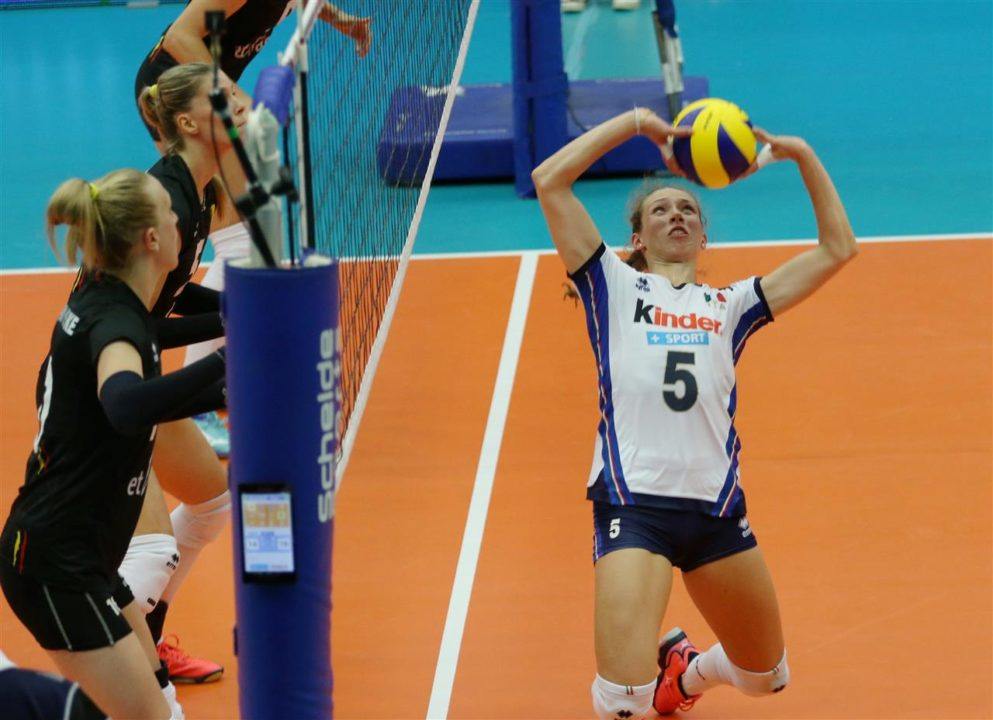 Italy was one of six teams to earn an automatic berth to the 2018 FIVB World Championships. Archive Photo via CEV Volleyball

Helping to achieve those goals is a roster, including 20 players from its European qualifying lineup.

Italy was one of six teams to earn an automatic berth to the 2018 FIVB World Championships, winning Pool D with a perfect 5-0 record and never dropping a set through European Qualifying.

Twenty members of that team are on the World Grand Prix roster.

Paola Ogechi Egonu headlines the roster after acting as the team’s best scorer in the European Qualification, racking up 65 points or 5.0 per set (13 sets). Egonu also served up 11 aces, fifth most among all players, an average of 0.85 per set (13 sets).

A handful of the team’s players also got international experience with club Imoco Volley: Anna Danesi, Folie, Monica De Gennaro, Ofelia Malinov and Serena Ortolani. The side was left out of the FIVB Club World Championships field despite finishing second in the European Champions League.