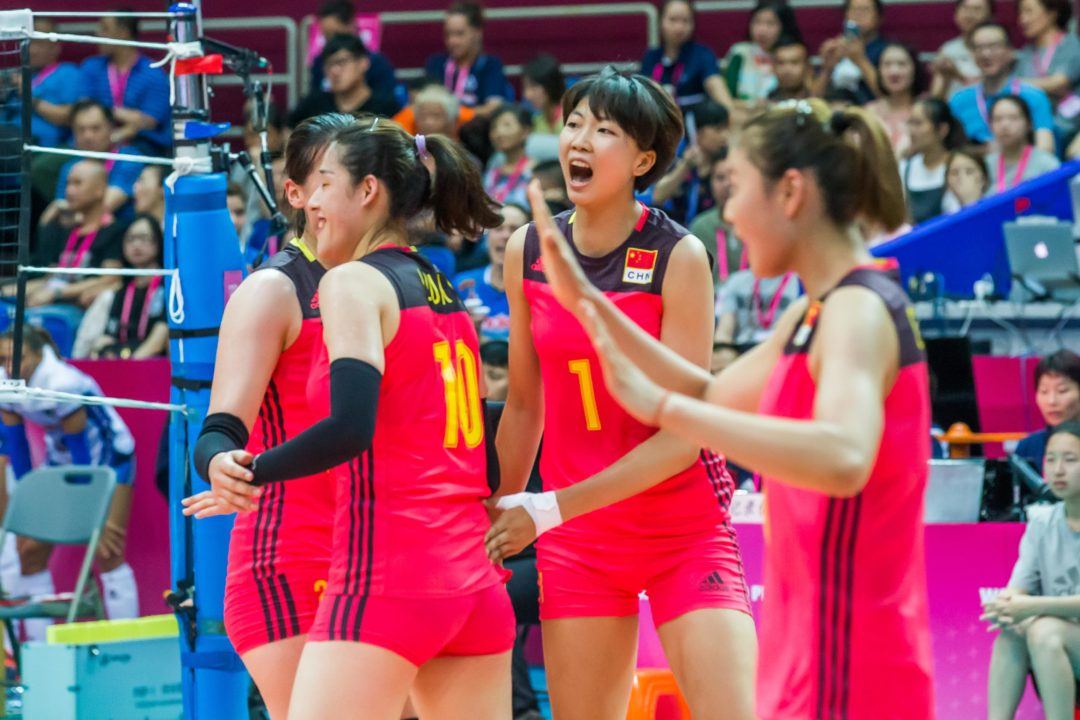 China looks to start 2-0 while Russia goes for its first win of the 2017 FIVB World Grand Prix. Archive Photo via FIVB

China will look to remain atop the Pool B1 table as they face a Russian side that let a 2-1 lead slip away to the United States.

The first win for the Chinese side came in a four-set-match against Italy. Doing so in four gave them the maximum three points, as they currently are in first in Pool B1 (with the United States having two points). They’ll have an opportunity to start 2-0 before their date with the U.S. tomorrow.

Russia had a great opportunity to score a win against the United States yesterday. They led 2-1 in sets before losing the fourth to force the final set. At the switch, they had an 8-3 advantage, yet it wouldn’t stop a U.S. run that would put them ahead and gave Russia the loss. On a positive note, the Russians at least drew a point from the match.

The match will be played in Kunshan, as China will be host to Russia. This will be the 30th meeting between the two sides at the Grand Prix with the most recent occasion coming in 2015 when China won in the preliminary round (3-1) and in the final round (3-0). The countries even met in the 2002 championship match of the World Grand Prix, with Russia winning that one 3-1.