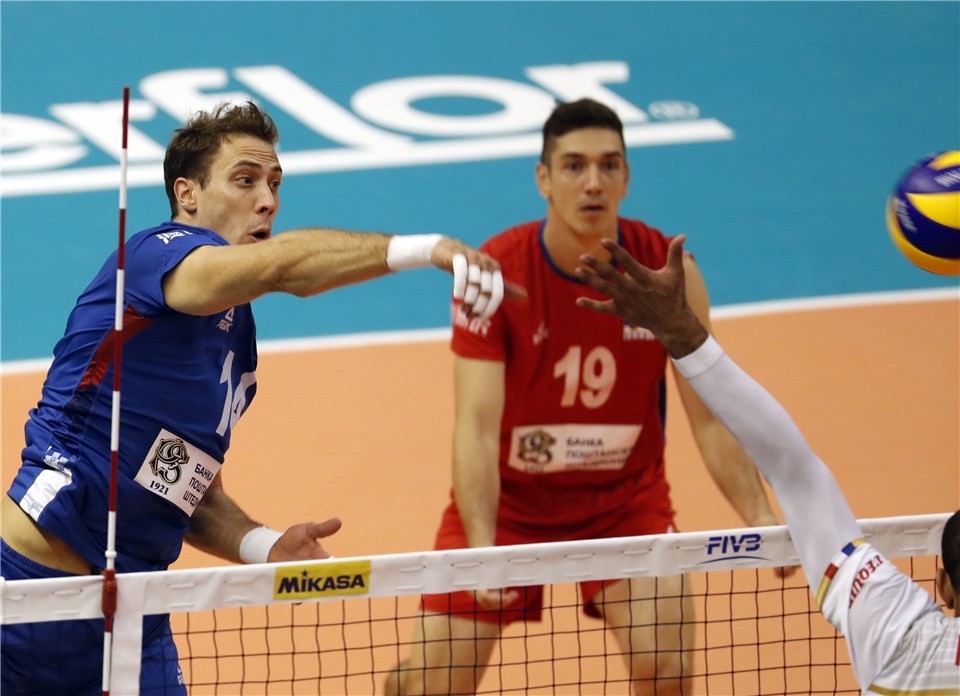 The Second Round of the World Championships kicked off on Friday, and there were quite a number of surprises. Italy and the United States remained  the only undefeated teams left in the field, which has been reduced to 16 teams. Australia and Finland have been eliminated after their defeats to Brazil and Italy respectively.

Slovenia and Russia made a case to qualify for Round 3 as they sit in 2nd place in their pools at this point. Russia got themselves back into a rhythm after dismantling a potential Cinderella in the Netherlands. Serbia’s won over France has them as the top runner-up at this point, but levels them with Poland on a 5-1 record. Argentina knocked off the defending champions in 5 sets to show they are not quite done yet.

MATCH OF THE DAY: SERBIA VS. FRANCE, POOL H

Stephen Boyer and Aleksandar Atanasijevic exchanged blows in a heavyweight bought between two of Europe’s top teams. Atanasijevic tied the record for points in a match at the FIVB World Championships with 38 points, and Serbia needed every single last one of them to get the victory. This point total included a match-high 6 points in the tie-break set. The opposite for Perugia tallied 35 kills on 54 swings for a 64.8% attack efficiency. He also chipped in 2 blocks and an ace.

There is no possibility that a player can tie the record for most points in a match in a dramatic tie-break win and not be named the Player of the Day. An exception to that rule would be if another player broke that record on the same day. Atanasijevic did what he characteristically does for Serbia and Perugia: produce high amounts of points on a high volume of swings. Not only did he score 38 points on 35 kills, 2 blocks, and 1 ace with a 64.8% hitting percentage, but he also came up huge down the stretch. He scored 6 points (33.3% of his team’s total) in the tie-break.