A summer of turmoil leaves Bacone without a coach for the 2018 season, and they’ve decided to cancel it with an eye toward next year. 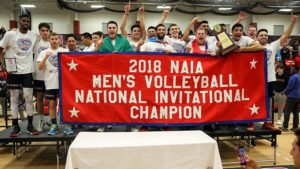 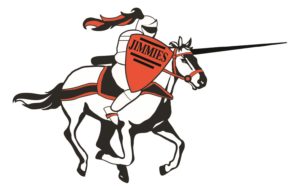 The University of Jamestown, a member of the NAIA, has announced that it will add men’s volleyball for the 2019-2020…

NAIA schools can offer up to 8 men’s volleyball scholarships per team – more than NCAA teams can.

William Penn will become the 35th NAIA men’s volleyball program in the 2018-2019 season.

On senior night in Antelope Gym, #12 Grand Canyon knocked off in-state foe Benedictine-Mesa, who is ranked #6 in the most recent NAIA poll.

North Park University in Chicago, Illinois will be adding a men’s volleyball team for the 2018-19 academic year – or…

(RV) McKendree earned a four-set win over Quincy, moving to 3-1 in the MIVA. St. Andrews, an NAIA program, got its first-ever NCAA Division I/II win over Conference Carolinas member Coker.

DIII #1 Springfield College had a huge comeback against EIVA member Harvard, knocking off the Crimson in 5. #18 Concordia-Irvine downed Hope International in 4.