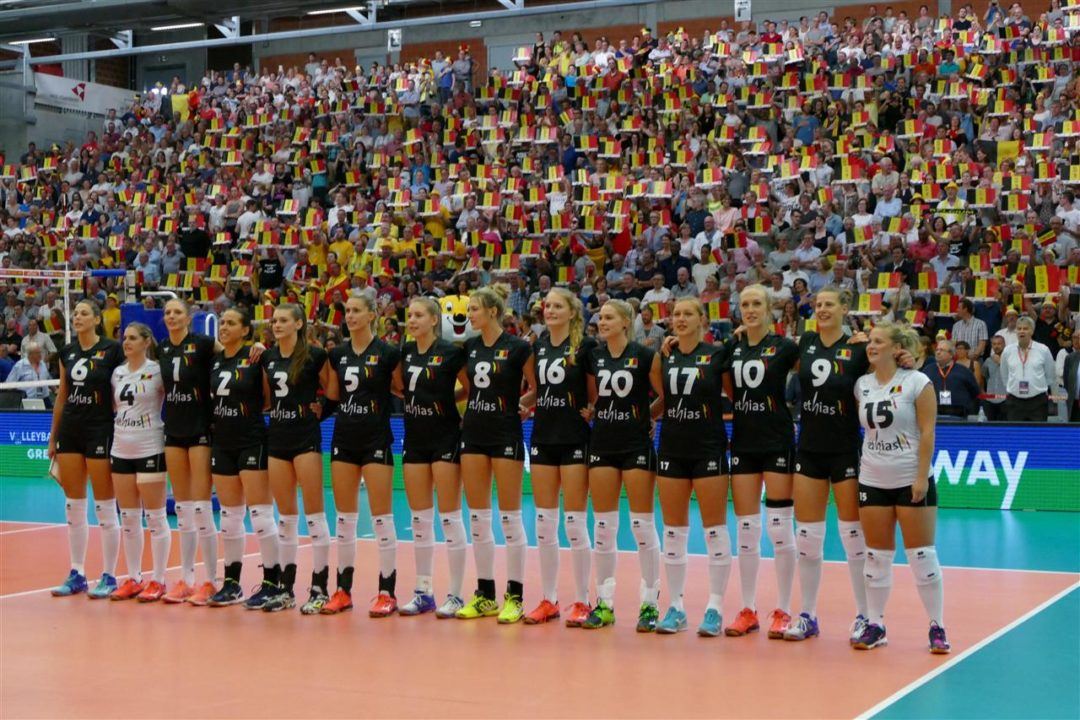 The Belgian side is looking to climb the ladder in Group 1 at the FIVB World Grand Prix after moving into the tougher class in 2015. Current Photo via CEV Volleyball

The Belgian side is looking to climb the ladder in Group 1 at the FIVB World Grand Prix after moving into the tougher class in 2015. Belgium won Group 2 in 2014 in its World Grand Prix debut and was thus bumped into Group 1 the following year. The Yellow Tigers finished 10th in 2015 and 11th in 2016, winning just one match in the latter tournament.

The Belgians finished second in Group D of the FIVB World Championships European Qualification last week and will move on to play in the third round in August. The roster for that squad is the same listed for the World Grand Prix.

Other standout players include top scorer Britt Herbots (OH), who put up 55 points (3.44 per set) and also served up six aces in the European Qualifiers. Heyrman was the team’s best blocker, putting up 13 stuffs in 13 sets. Herbots added 48 kills (3.0 per set).

Belgium begins its stay the World Grand Prix with a July 7 match against Brazil. Contests against Turkey and Serbia follow.