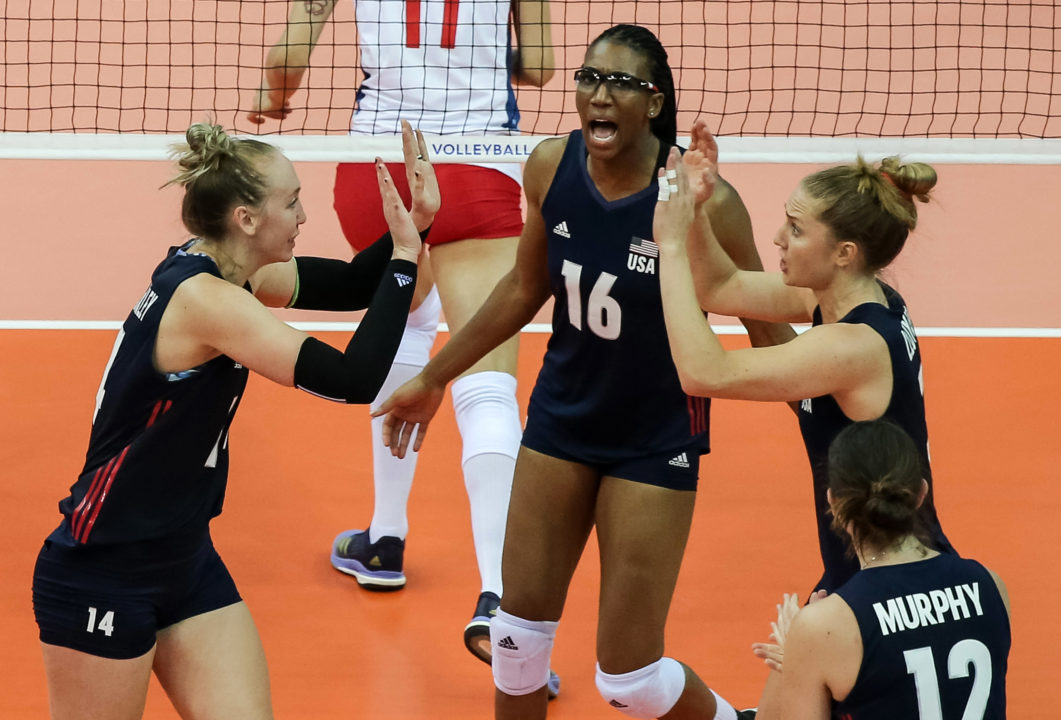 The American women, who are 26-4 thus far in 2018, are ranked second in the world heading into the event and are coming off gold medal efforts at the inaugural Volleyball Nations League and the Pan American Games this year.

“So far in 2018, our program appears to be on a good path,” Kiraly said. “We’ve had some good results, lots of players and staff have made important contributions, but ultimately those things don’t give us even one extra point at the World Championship. We’re going to have to go out and fight our hardest, every single play, to earn 25 points before the other team does.”

The initial 22-woman roster will have to be trimmed to 14 before the team travels to Japan for the Sept 29 to Oct. 20 World Championships.

Lowe is making her way back into the national team picture after attending graduate school following the 2016 Olympics. Lowe made her first appearance back in the Red, White and Blue during a series of Brazilian friendlies last week.

The most-noted absence is that of libero Justine Wong-Orantes. She started the Nations League tournament as the starting libero for Team USA, before being replaced in that role by Robinson. Wong-Orantes stayed on as the reserve libero, while Benson was left home after week 1. Now, Team USA is carrying two outside hitters out of the three players listed at libero, including Megan Courtney, who is returning from an ACL injury.

The full roster is below.

I wonder why Justine Wong-Orantes isn’t on the roster. Is she taking a break? Or is she preparing for an overseas club team?