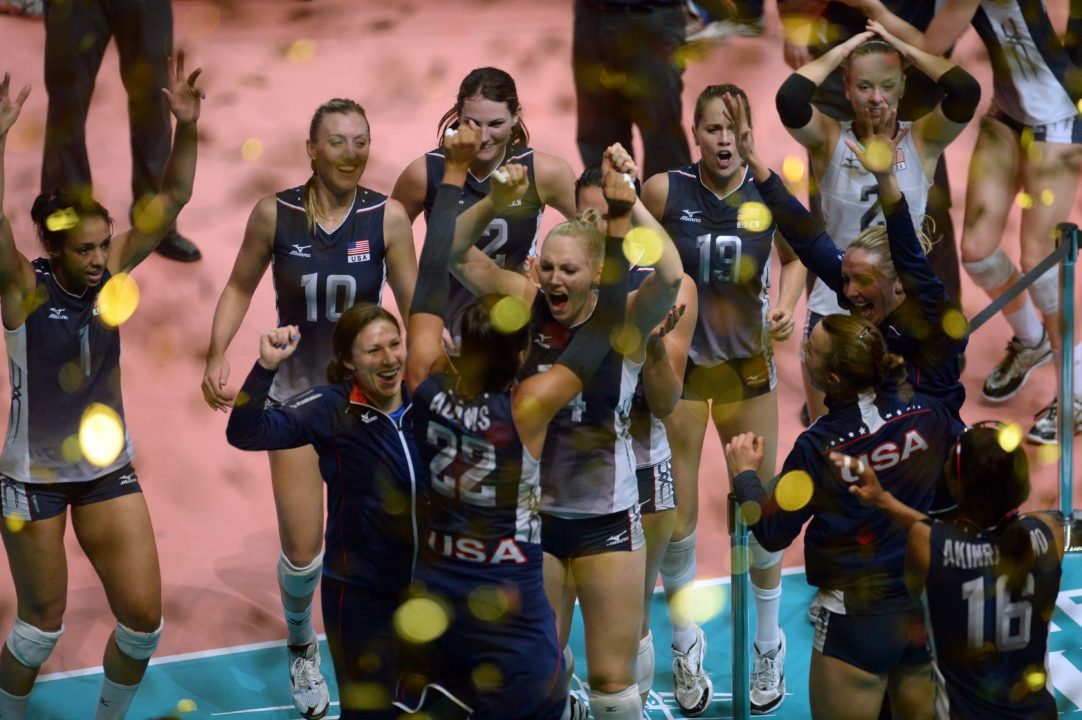 The USA Women's Volleyball Team enters the 2018 World Championships as both the defending Nations League winners and World Champions. Archive Photo via FIVB

The U.S. Women’s National Volleyball Team, currently ranked 2nd in the world, have announced their roster for the 2018 FIVB Women’s Volleyball World Championships.

The team enters the tournament as the defending World Champions, as well as having won the 2018 Volleyball Nations League title.

Key talking points from this roster:

The United States has been drawn into Pool C in the preliminary round of the tournament that will play in the 6,000 seat Kobe Green Arena in Kobe, Japan. There they’ll be matched with Azerbaijan, Russia, South Korea, Thailand, and Trinidad & Tobago. The top 4 teams advance to the 2nd round, with points carrying forward – so every match matters.

The tournament begins on September 29th, where the Americans will play their first match against Azerbaijan and dynamic 6’6″ opposite Polina Rahimova.

“The fact that either Bartsch-Hackley, Kim Hill, and Jordan Larson will start each match on the bench is mind-boggling” …. it’s hard to wrap one’s head around this…. At first I though Hackley would be the one sitting, but after her recent performances, it looks like Larson will be the one sitting…. at least that move makes more sense to me, even though Larson can get the nod based on her experience alone…

Also, the VT community is probably on suicide-watch after learning Micha is going to the WCH in place of Carlini

After the friendlies this year, there were outstanding performances by Carlini, Chiaka, Kingdom, & Drews. It’s a bit of a letdown, but not surprising. There needs to be new blood on Team USA that can stop Boskovic & Zhu Ting. Volleyball is a sport of youth & athleticism. Experience will only make them smarter & better. Turkey has come far this year with younger players. Since college Carlini has been an exceptional setter, & should be a starter. Hopefully by the Olympics. But I’m really happy Kartsa Lowe is back!