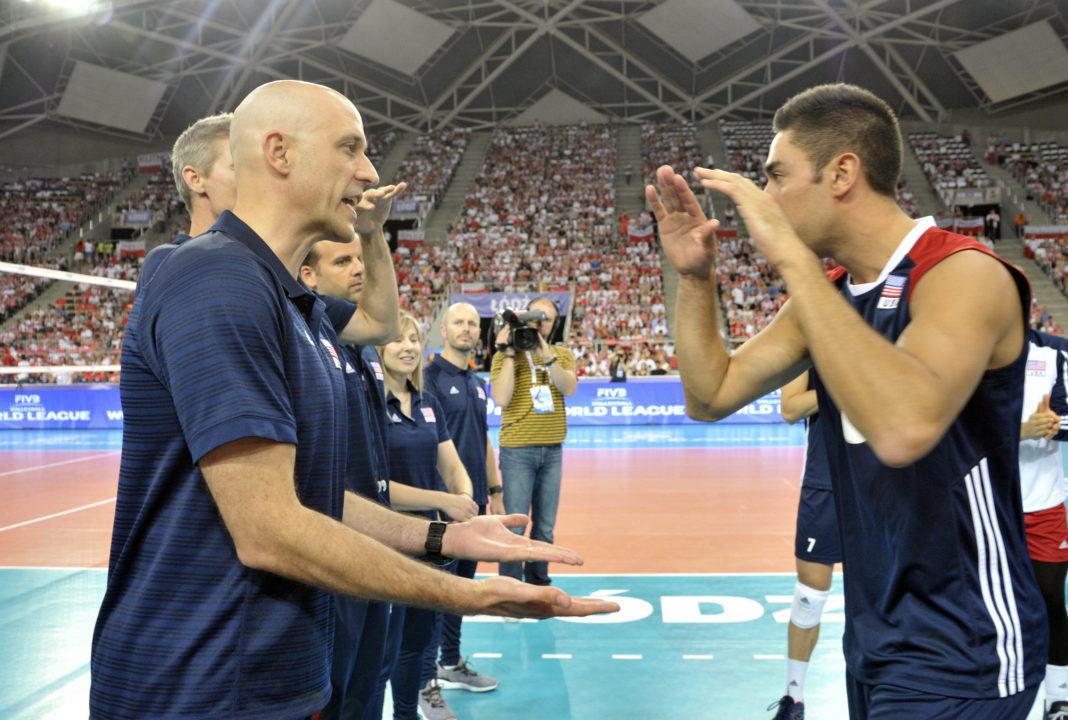 United States men’s coach John Speraw reflected on his team’s journey through the World League preliminary round in an interview with the FIVB following the Americans’ win over Poland on Saturday.

That win gave the United States (4-5) an outside chance at making the World League Final Six in Brazil, which they eventually did do after Argentina topped Bulgaria.

Speraw discussed his team’s youth, which led to a disappointing 0-3 start, but also talked about its growth to reach the precipice of the Finals and finally the win that kept hope alive.

“For us to come out and play such a good team game was very gratifying,” Speraw said.

The United States grabbed the last spot in the Final Six, which will take place in Curitaba, Brazil, July 4-8.

The six teams will be grouped into two pools: K1 and J1. The United States, which won the bronze medal at the 2016 Rio Olympics, are in K1 with France and defending World League champion Serbia. Pool J1 consists of Brazil, Russia and Canada, which is making its first Final Six appearance since 2013.