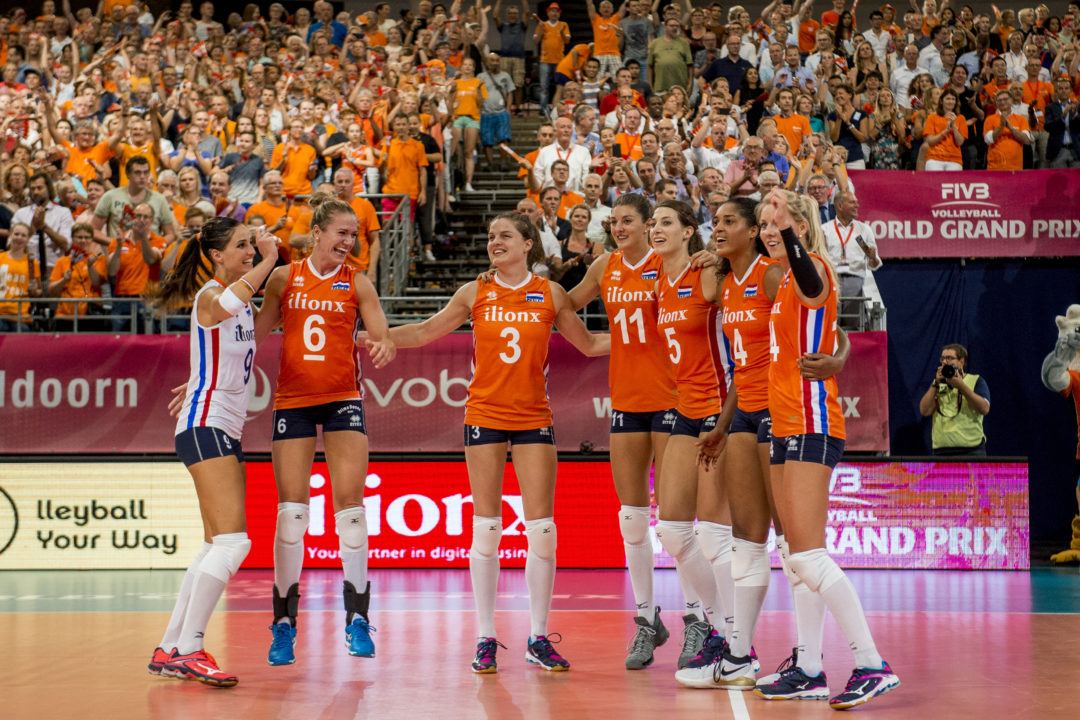 Netherlands looks to defeat Dominican Republic again as the two nations meet for a second time at the FIVB World Grand Prix. Archive Photo via FIVB

In a rematch of a 3-0 Netherlands sweep of the Dominican Republic, the two sides meet again in Pool F1 with potential final six implications.

The Dutch rank second in the overall Group 1 table at 3-1 after a sweep of Belgium yesterday. The victory got them back on the right track after losing in five sets to Japan at the end of week one. They’ll now match-up with the Dominican Republic for the second time in the event, as in total they’ve taken the last 10 sets against the Caribbean side.

Dominican Republic opened up week one with a winning record in what was a taste of Group 1 action after winning Group 2 in 2016. They lost yesterday to Russia in four sets, but at 2-2 with six points are still occupying the sixth spot – which would put them in position for the final six.

After Netherlands’ victory in the first meeting, the Dutch have won all five meetings between the two nations in World Grand Prix history.