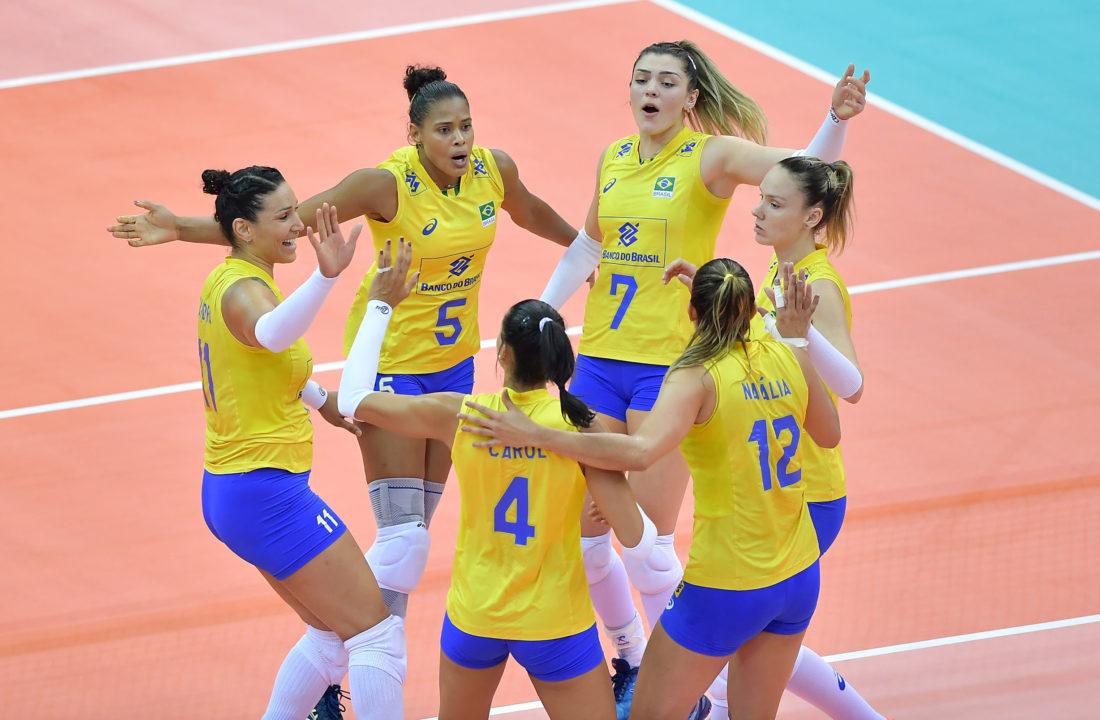 Italy and Brazil sneak away with victories on day two of the FIVB World Grand Prix finals. Current Photo via FIVB

Italy and Brazil sneak away with victories on day two of the FIVB World Grand Prix finals. Italy took away any hope for Team USA in advancing further in the tournament while reaching the semifinals themselves for the first time since 2006. Brazil snuck up on the Netherlands late in the match to steal away what seemed to be a secure victory for the Dutch.

The Italians ruined Team USA’s chances of winning this year’s FIVB World Grand Prix with a four set win. Italy started off with a 25-21 first set win, but Team USA fought back in the second set to tie things up. The final two sets went similarly to the first set for the Italians as they took the match.

The win was their 10th in 21 matches against Team USA at the World Grand Prix, which secures their spot in the semifinals for the first time since 2006. This has been one of the worst streaks for the Americans since losing four in a row in 2013.

Paola Ogechi Egonu proved to be too strong for the American crew as she scored 32 points on 24 kills, six blocks and two aces. The next closest scorer for the Italian’s was Caterina Bosetti with 10 points.

For the American’s Annie Drews proved to be a solid choice for head coach Karch Kiraly to bring up, as she put down 16 points in the loss. Lauren Gibbemeyer contributed another 13 points on seven kills, five blocks and one ace.

Brazil stole away the victory from the Netherlands to go 1-1 in the first two days of the finals series. The Dutch were up 2-1 in the match, needing just one more set to win, but faltered, letting the Brazilians gain momentum and take the match in a fifth and deciding set.

The Brazilian’s were strong on the block with 17 blocks in the match, while the Dutch put down 65 kills and eight aces to lead those statistical categories.

Brazil saw a number of top contributors in the win, with Tandara Caixeta leading the way with 25 points, all on kills. Rosamaria Montibeller added another 22 points while Natalia Pereira and Ana Carolina Da Silva added 16 and 12 points, respectively.

For the Dutch, Celeste Plak led the losing effort with a match-best 28 points while Robin De Kruljf added another 17. Maret Balkestein-Grothues and Yvon Belien each contributed 14 and 19 points, respectively.