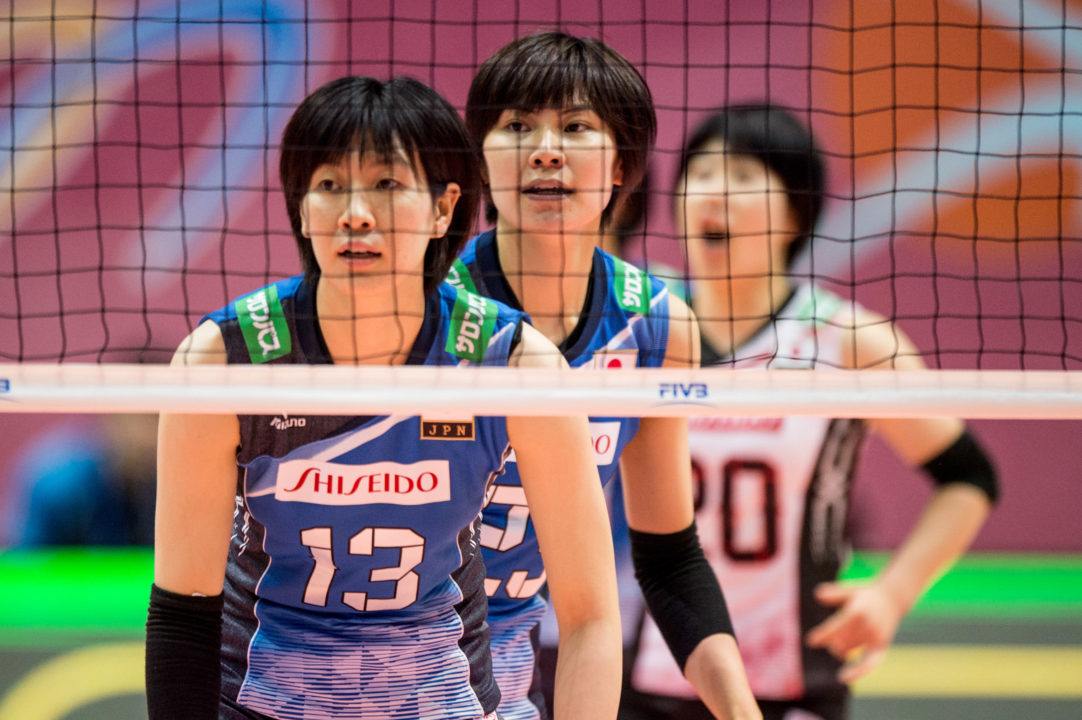 As of today, the final six teams for the 2017 FIVB World Grand Prix have been set for next week’s matches in Nanjing, China. By the last round of games, it was fairly obvious who would move on- but Japan found themselves in a bit more of a predicament than most teams. Even if they were to win their match against Russia, Netherlands and Brazil would have to lose for the Japanese to make it into the final six. They bested Russia in a five-set thriller, but due to victories by the Dutch and the Brazilians, Japan is left on the outside looking in.

The Japanese beat Russia (3-6) in a close five set victory, fighting back from a 2-0 deficit. Russian outside hitter Irina Voronkova’s 21 points scored was not enough to trounce Japan, despite both teams otherwise appearing fairly statistically even- Japan scored a total of 107 points to the Russian 102. However, the Japanese certainly benefitted from the 23 errors committed by the Russian players.

Despite rallying from a two set deficit and pushing to win the ensuing three close sets, the Japanese have been held from the finals by victories from Brazil (3-1 over USA) and the Netherlands (3-2 over Belgium).

Two international superstars, Tijana Boškovic and Zhu Ting, have played only sparingly in the opening pools for their respective Serbian and Chinese teams. However, both started in the head-to-head matchup, Serbia pulling through with a 3-1 victory. Boškovic scored 22 points for the winning team while her teammate, and fellow international star Brankica Mihajlovic scored 20.

Zhu Ting, star outside hitter and captain for the Chinese team, was not the leading scorer for China, a rare event. Xinyue Yuan, a middle blocker, contributed the team-high 19 points for the match, many coming from successful quick attacks and solid blocking.

China struggled with Serbia’s powerful attack, and early in the first set Boškovic rattled off three aces in a row, her third serve clocked at 99.01 km/h. Service and communication errors seemed to plague the Chinese the rest of the way.

However, as they are the host country for the finals, China automatically qualified with a record of 5-4, despite being behind now-eliminated Japan (6-3) in the standings.

Despite a poor performance in the tournament, the Thai bested finals-qualifying Italy in three straight sets to conclude their 2017 Grand Prix experience on a high note.  To open the first set, Thailand rattled off eleven straight points, home crowd cheering wildly each time, before their run ended when Italian outside Anastasia Guerra finally managed to get a kill. Guerra was the Italian high scorer for the match with 10 points.

The Italians did not play their star Paola Egonu, or regular Miriam Sylla and Lucia Bosetti, which may have contributed to their poor performance.